Nebraska Gets By Stony Brook On Serves, WSU Powers Through FSU In Four 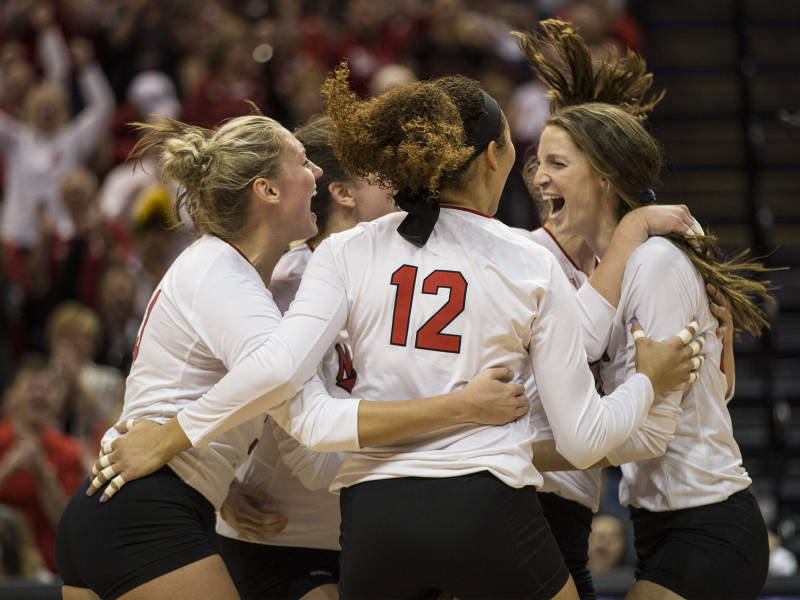 The fifth-seeded Nebraska Huskers cruised to a three-set sweep over Stony Brook to advance to the second round of the NCAA Tournament. Current Photo via Nebraska Athletics

The fifth-seeded Nebraska Huskers cruised to a three-set sweep over Stony Brook to advance to the second round of the NCAA Tournament. The win moves Nebraska to their 14th straight win and 29th at home.

Annika Albrecht led the Husker to the sweep with 14 kills on 28 swings with no errors for a .500 hitting clip, while Mikaela Foecke added in another nine kills on 15 swings with no errors to end the night with a .600 hitting performance. Lauren Stivrins made a strong NCAA debut with eight kills and six blocks while Allie Havers took the court with two kills on three swings.

Kelly Hunter produced a double-double with 34 assists and 10 digs while Sydney Townsend picked up 10 digs.

For the Seawolves, McKyla Brooks and Maria Poole put down five kills apiece while Kiani Kerstetter picked up a match-best 11 digs.

It was a tough start for the Washington State Cougars as they downed Florida State in four sets to move onto the second round of the NCAA Tournament.

Taylor Mims was the star of the match for Washington State as she put down 28 kills and 22 digs for a double-double along with 6 blocks on the night. Claire Martin posted 10 kills and eight blocks while Ashley Brown dished out 57 assists and nine digs. In the backcourt, Alexis Dirige picked up 25 digs.

For Florida State, Taryn Knuth put down 16 kills on a .424 hitting clip while Natasha Calkins added 11 kills. In the back row, Cecilie Woie picked up a match-best 31 digs while Bozena Culo and Annie Tietjens added another 12 and 11, respectively.

Nebraska and Washington State will square off on Saturday night at 7 PM at the Bob Devaney Center in Lincoln, Nebraska to move onto the Sweet Sixteen.