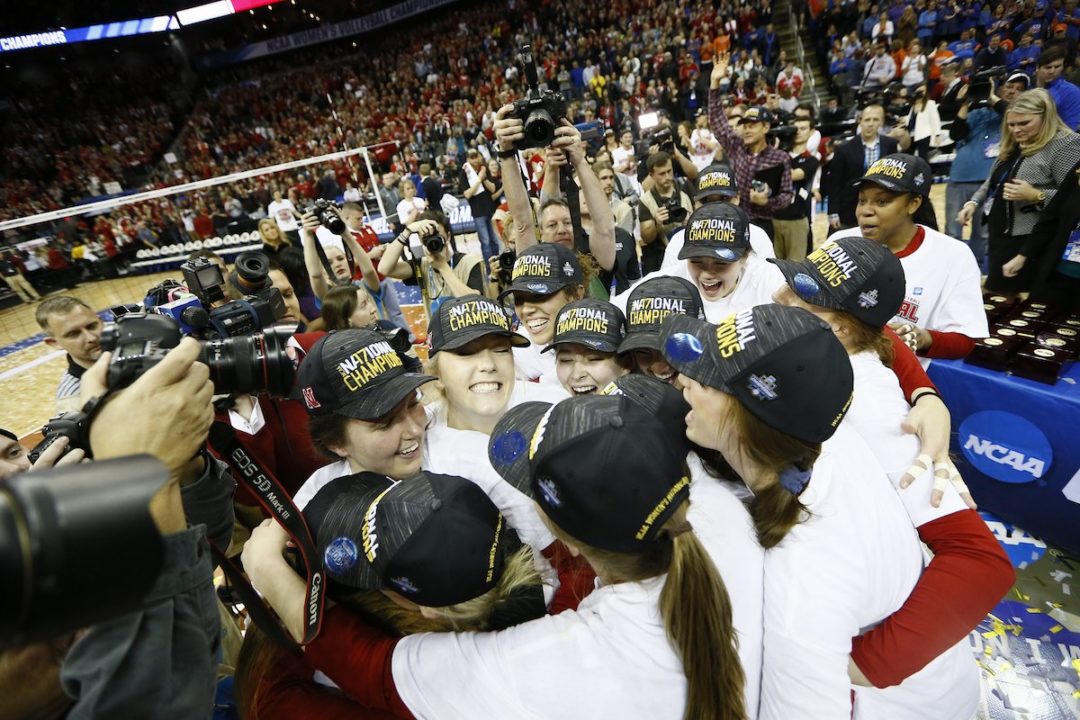 Nebraska won the big trophy in Kansas City - but there's still one title left to award for the women's college season... Current Photo via NCAA Volleyball

Update: We made a mistake in the initial scoring, and forgot to include points from the last two games. The standings below have been updated.

The 2017 NCAA Women’s Volleyball season is over, and the Nebraska Cornhuskers are the Division I national champions. There is still 1 champion to be crowned, however, and that is the 2017 VolleyMob Bracket Challenge champion.

One winners stood out above the rest, jbaumann035, aka Joe Baumann, who was one of a handful of participants to have correctly picked all 3 of the Final-4-site games in Kansas City correctly.

Rich K, aka Richard Kramer, and Holly D, aka Holly DeMarque, were tied for 2nd place, and for their efforts they will also receive VolleyMob t-shirts.

See the complete final standings below, and winners will be contacted shortly to collect information about their prizes.

Thanks everyone for participating, and we’ll see you back on our college coverage in the spring for beach and men’s seasons. Meanwhile, we still have time to give out some awards over the next week or so, so stay tuned for those.