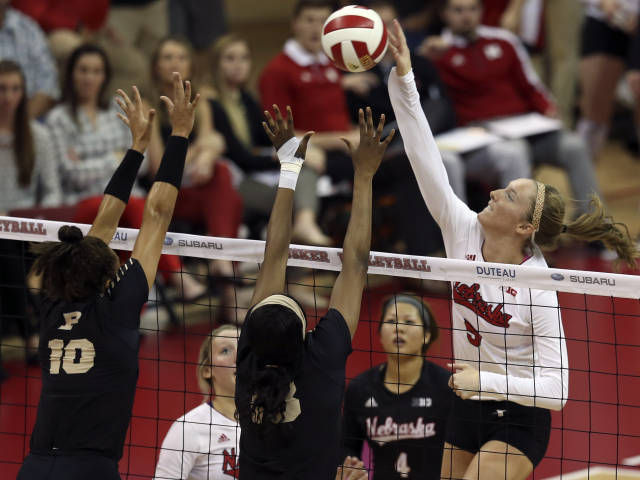 Her teammate Justine Wong-Orantes was named the VolleyMob National Player of the Week for week 10 for her defensive prowess, the... Archive Photo via Stephanie Carpenter/Nebraska Communications

Her teammate Justine Wong-Orantes was named the VolleyMob National Player of the Week for week 10 for her defensive prowess, the American Volleyball Coaches association leaned toward the offensive stats of Nebraska’s Amber Rolfzen for their weekly honor.

Roflzen played all 8 of Nebraska’s sets last week as they defeated #4 Wisconsin (3-0) and #3 Minnesota (3-2) with just one off-day in between.

Rolfzen, primarily a middle-blocker, was big at the net both coming and going – she averaged 4 kills/set (hitting .560 across 32 kills) and 1.12 blocks/set.

Nebraska will play #24 Illinois on Friday before they play Northwestern (1-9 in Big Ten play) on Saturday – a breath in a run of tense matches for the Huskers. The Big Ten has 8 teams ranked in the top 25, including 4 of the top 10 teams in the country.