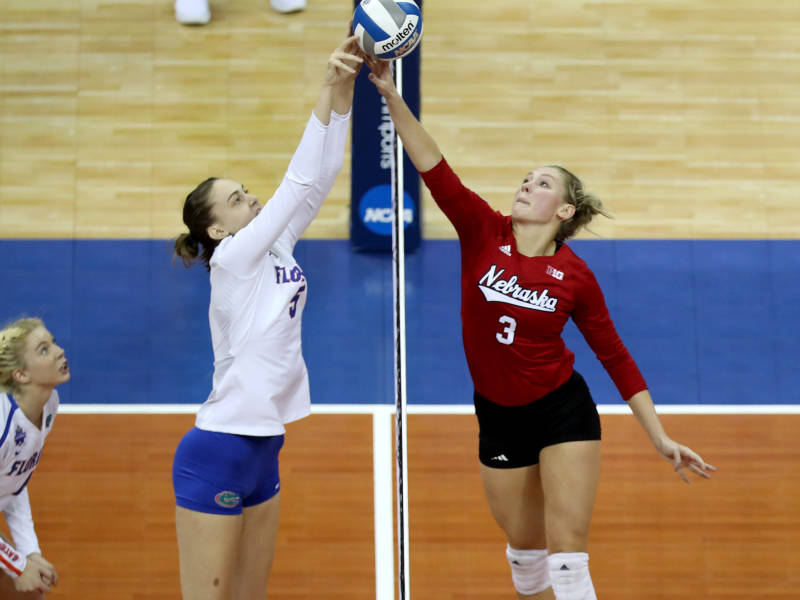 Following the national championship match, the NCAA announced their selections to the NCAA All-Tournament Team with Nebraska's Kelly Hunter and Mikaela Foecke highlighting the list.  Current Photo via Nebraska Athletics

Nebraska bulldozed their way to the 2017 national championship in a “rebuilding” year for the team – with making it this far being a distant goal for the team. The team’s setter, Kelly Hunter, quarterbacked the team to the championship and it showed in the finals against Florida. Mikaela Foecke was also a dominant force on the court and the main offensive output while Kenzie Maloney played lights out defense to keep the Huskers in contention throughout.

It was a strong year for the SEC squad, winning their 23rd SEC title and making their first Final Four and finals since 2003. Rhamat Alhassan and Carli Lloyd were the offensive and defensive threats that lead the Gators to the NCAA Tournament finals.

The Cardinals were looking for a repeat of their 2016 national title and with a new coach but came up short but not without being led by Merete Lutz.

Penn State was the strong horse this season losing just twice on the year and both to national champions, Nebraska. Their offensive arsenal was outstanding and was highlighted by Simone Lee.