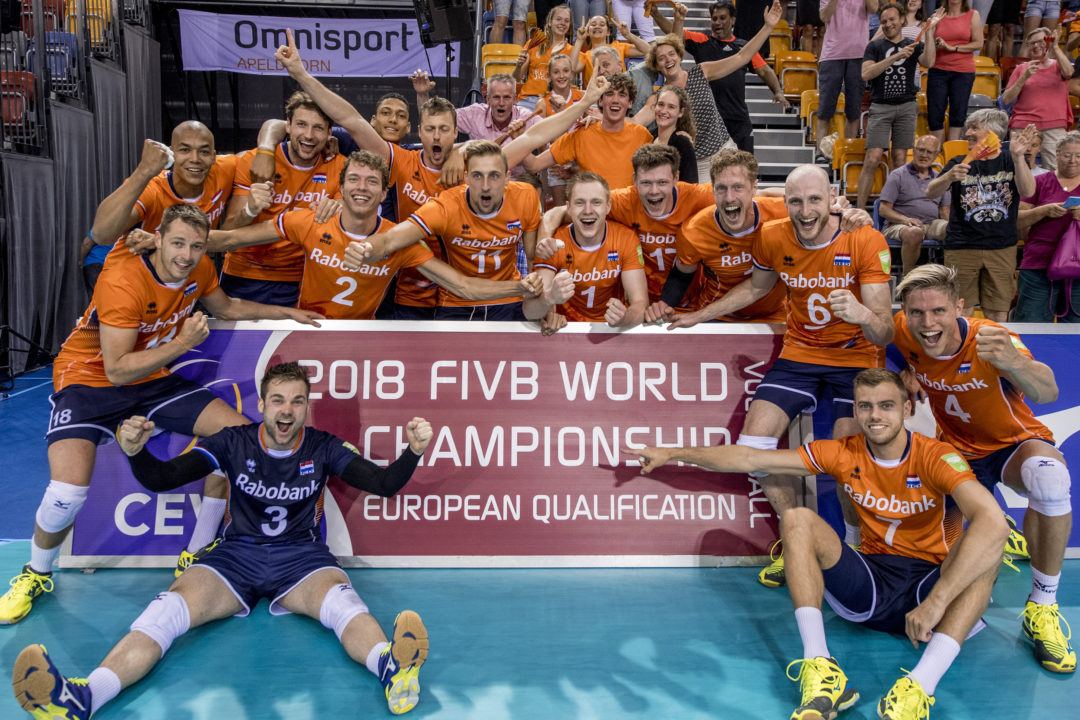 POOL B Final Standings in Netherlands

The host team, Netherlands, locked in their ticket for the 2018 FIVB Volleyball World Championship after defeating Slovakia in a tough 3-2 win on March 28, 2017 the last day of the tournament. This will be the first time Netherlands has been to the World Championships since 2002.

Slovakia has a better set ratio and finishes just a litter higher than Greece leaving them 2nd in the Pool. Slovakia will get another chance to get a ticket at the last qualifier that is scheduled for mid-July.

Republic of Moldova vs Austria

Berger Alexander for Austria was named Best Spiker and Best Player of the match with 20 kills while teammate Paul Buchegger had 10 kills.

Greece swept Luxemburg (25-19, 25-23, 25-21) in their last match of the tournament and was considered to be on of the favorites of the tournament finishing 3 wins to 2 losses. Greece did not qualify for the third round of qualifications.

Zoupani Nikos for Greece had 13 kills during the match while teammate Koumentakis Rafail recorded 8 kills and 4 aces.