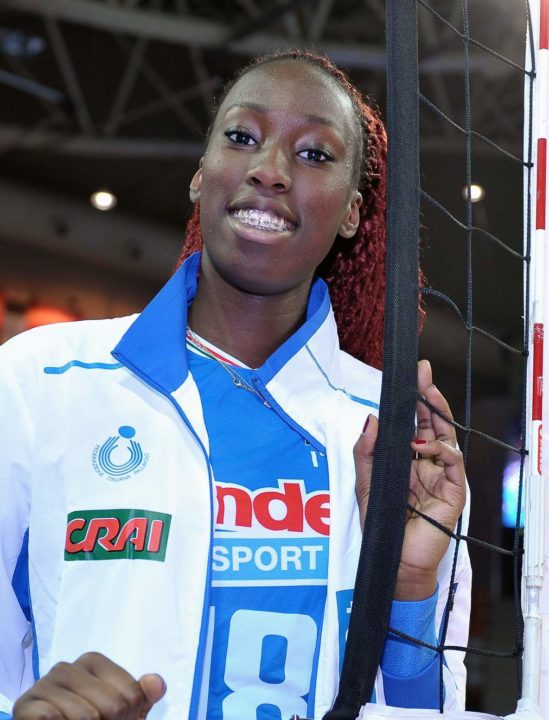 Egonu played for Club Italia since 2015 and is part of the Italian women’s national volleyball team as an opposite/outside hitter. Egonu was named “Best Outside Spiker” in the 2016 Europe Olympic Qualification Tournament this past season. FIVB has her recording 336 spikes and 256 blocks during her professional career so far.

In an interview with World of Volley, a club representative for Igor Volley Novara Enrico Marchioni said that he is excited to have Egonu on the team and is excited to start the new cycle of the team with “one of the top rising stars in the world”.

Club Italia finished last in the Italian standings for the 2017 season but Egonu’s new team Igor Gorgonzola Novara finished 3rd in regular season in FIPAV Women’s Series A1 but finished as the 2016-2017 National League Champions in playoffs.

“Paola has been shown a great talent and we are confident that she will prove that we are right,” said Marchioni. “She has officially signed a two-year deal with Igor Volley Novara.”

Gibbemeyer started to play internationally back in 2011-2012 season with Japanese club team Toyota Auto Body Queens and won the Pan American Cup and the North American Championship with national team during the following year. She’s also been named to the expanded 21-player preliminary roster for this summer’s FIVB World Grand Prix.

“Laruen brings to our team international experience and great qualities for both attacking and blocking,” said Marchioni. ” We are convinced that we are at the top of our career and we are proud of have shared our company with a new sporting challenge.”