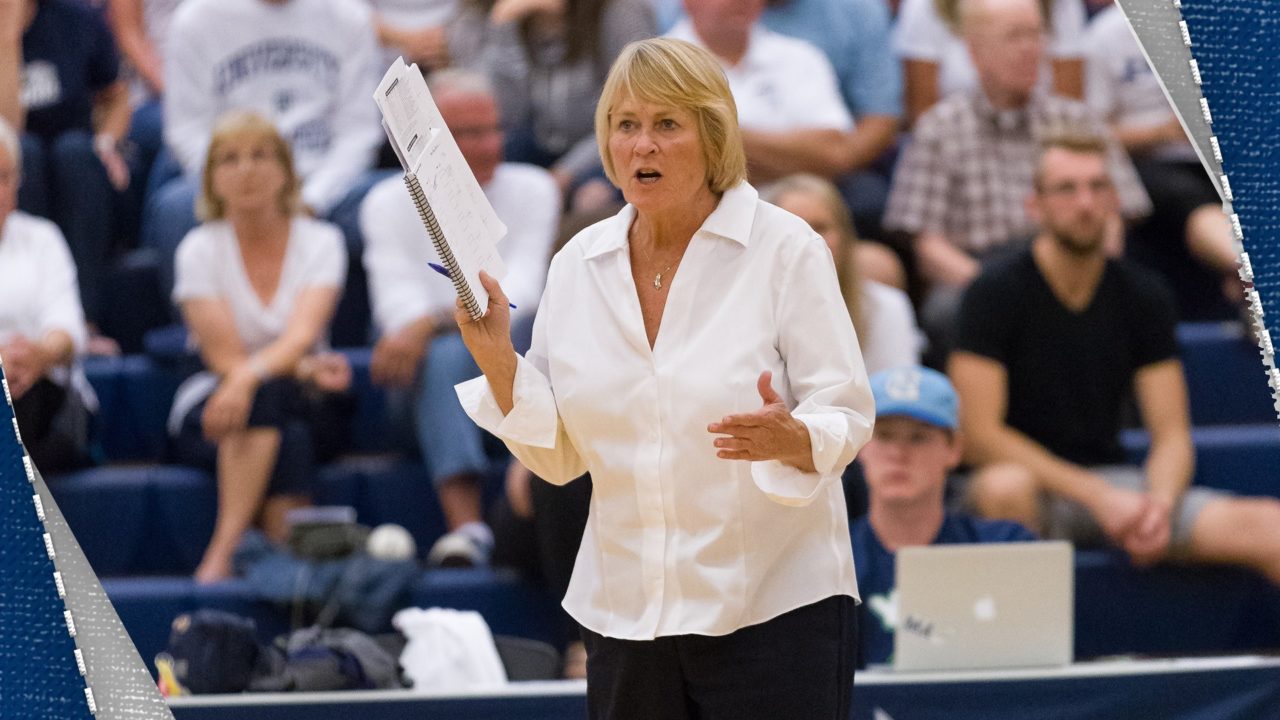 University of New Hampshire head volleyball coach Jill Hirschinger, who guided the Wildcats to seven America East Conference regular-season and tournament championships, will conclude an illustrious head coaching career that spanned 40 seasons, including the last 23 at the helm of the Wildcats. Current Photo via New Hampshire Athletics

DURHAM, N.H. – University of New Hampshire head volleyball coach Jill Hirschinger, who guided the Wildcats to seven America East Conference regular-season and tournament championships, will conclude an illustrious head coaching career that spanned 40 seasons, including the last 23 at the helm of the Wildcats, it was announced Friday.

“UNH has been so very fortunate to have had Jill guide our volleyball program all these years,” said UNH athletic director Marty Scarano. “Jill’s record speaks for itself, but moreover, she brought national acclaim and credibility to our program. UNH volleyball has experienced many celebratory moments during her tenure and for that we are very fortunate and grateful. We wish Jill nothing but the best in retirement.”

America East accolades earned by Hirschinger’s student-athletes include 32 All-Conference First Team players, 24 All-Academic selections, seven Player of the Year recipients, four Defensive Specialist of the Year honorees, three Setter of the Year award winners, two Scholar-Athlete of the Year selections and one Rookie of the Year.

Former UNH athletic director Judith Ray named Hirschinger head coach of the Wildcat volleyball program in the spring of 1996, the second season that UNH regained its varsity status since 1984.

“After 40 years of being a head coach, it is time to step away and live a non-coaching life to have more time to do other things I want to do,” Hirschinger said. “This was a tough decision to make. I am very thankful for Marty, Judy Ray and the Wildcat family, including all the players and the alums that make UNH volleyball so special.

“It’s been great. I’ll miss the competition, but more importantly, the people. This is a special place. And now you can find me on the beach, on a bike or on the golf course.”

Hirschinger’s previous head coaching stops included 12 seasons (1984-95) as the winningest coach at Ferris State University (330 wins) in Big Rapids, Mich., and five seasons (1979-83) at Drake University (79 wins) in Des Moines, Iowa. She was inducted into the Ferris State Athletic Hall of Fame in 2008.

A 1979 Utah State University graduate (Bachelor of Science in Physical Education), Hirschinger compiled an impressive athletic resume during her collegiate career, excelling in volleyball as an all-conference, all-region and team captain while helping the Aggies claim the 1978 AIAW Division I national championship. She was also a standout in track and field, qualifying nationally (1976-79) in the javelin and placing 10th in 1977. In 2008, Hirschinger and the rest of the 1978 National Championship team were inducted into the Utah State Athletic Hall of Fame.

A national search for a new head volleyball coach at UNH will begin immediately.