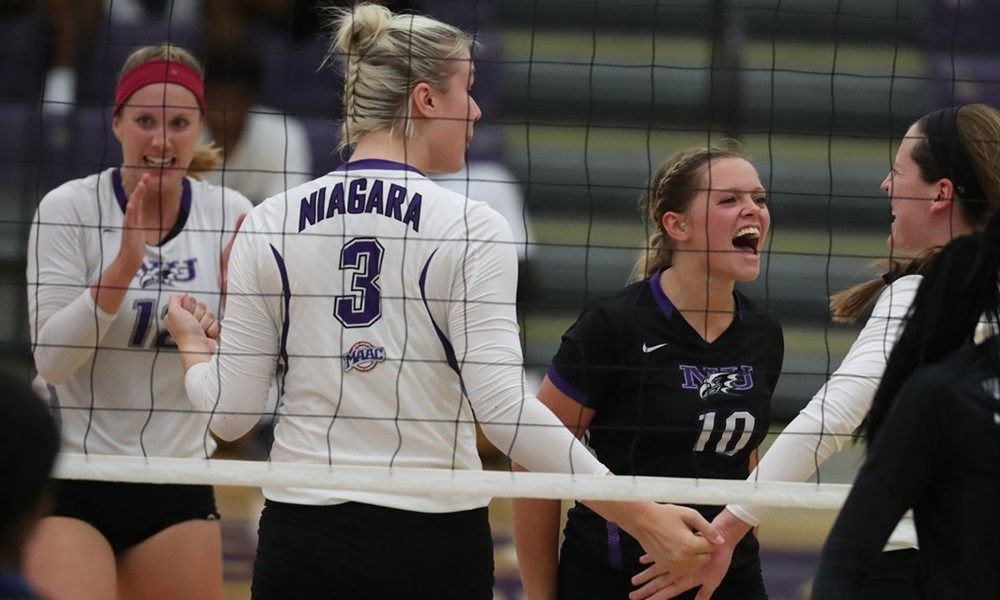 Former CS Fullerton setter Rachel Hall is off to Niagara as a transfer. Current Photo via Niagara Athletics

The Niagara Purple Eagles are tacking a transfer onto the roster in Rachel Hall, a setter who was previously with Cal State Fullerton. Hall will be a sophomore and have three years left of eligibility as she can play right away in 2017.

Originally from Huntington Beach, California, the 5’7″ Hall was named First Team All-CIF as a senior at Huntington Beach High School. Her play earned her a spot with Cal State Fullerton, where as a freshman in 2016 she averaged 7.89 assists per set and 1.88 digs per set in 28 matches. She hit a career-high of 43 assists twice and had 35 in a loss to Niagara earlier in the 2016 season.

“Rachel is a decorated, talented and dynamic setter with a proven ability to lead a team at the highest level,” Niagara head coach Vilis Ozols said in the team release. “We are very excited to have a player of her abilities and accomplishment join our team and her impact will be felt here for years to come.”

Hall is now one of three setters on the roster. Last year’s main starter, Alexis Gray will be a senior, as will the other setter Meghan Higley. Even if Hall isn’t option number one in 2017, she could very well be the future at the position for the Purple Eagles.