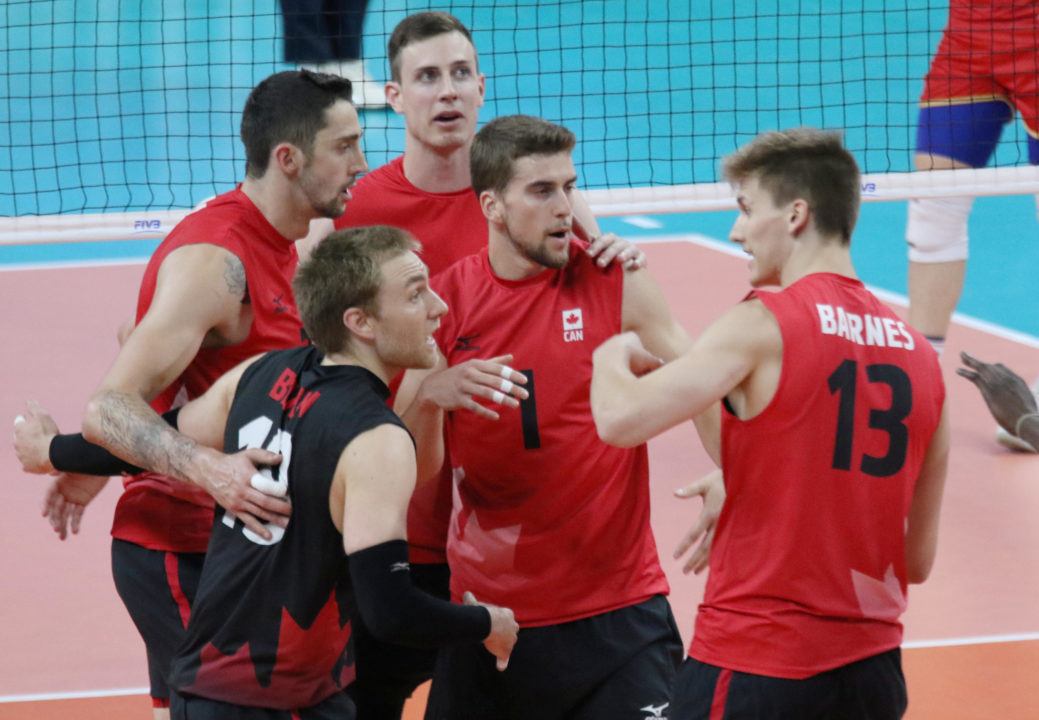 The Canadian squad comes in as the #5-seed of the World League Final Six after a third-week push boosted them to the top portion of the competition. Current Photo via FIVB

The Canadian squad comes in as the #5-seed of the World League Final Six after a third-week push boosted them to the top portion of the competition. In their first week of play, the Canadian crew went 2-1 with wins over Belgium and USA, followed by a loss to Serbia in the final match of the week. Week two saw Canada at the bottom of the pool with just one win in three matches, losing to Brazil and Poland but winning against Bulgaria. In the final week of the preliminary rounds of the World League, Canada took down Belgium and Italy but lost to the #1-seeded France.

With Perrin and Maar continuing their consistent output for the Canadians, they will be in decent shape going into the Final Six. Bann will have to continue his back row dominance, as well, to keep the Canadian’s alive.

The Canadian side returns nine Olympic team members, carrying a lot of experience on their side, as well as raw, youth talent.

Canada opens up their Final Six Play With Brazil on July 4 followed by Russia on July 5. The Canadian’s semifinal chances will rely on these two matches, along with how the rest of their competitors play.