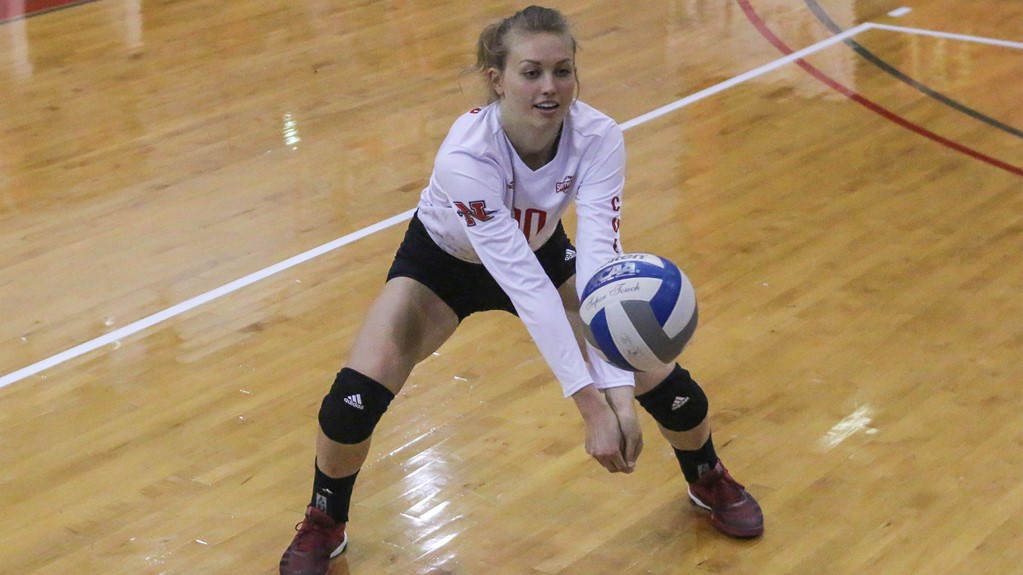 Nicholls fell in straight sets to Marshall at the Stroh Center later in the afternoon. The Colonels fell to 2-10 while the Jaguars improved to 3-9 and the Thundering Herd bettered their record to 6-7.

Nicholls spread the ball well in the first set as six different student-athletes contributed multiple kills. With the frame tied at 15, the Colonels pushed six straight points to pull away and take the first set 25-22.

IUPUI led wire-to-wire in the second, backed by four kills apiece from Maddie Dean and Hannah Oehlberg. The Jaguars swung .417 (18-3-36) while comfortably rolling to a 25-17 win to tie the sets at one apiece.

Nicholls committed four attacking errors as IUPUI scored the final six points of the third to take the frame 25-19 and a 2-1 set advantage. Tied at 13 in the fourth, the Colonels mishit three attacks during a pivotal 4-0 Jaguar run and were never able to erase a 17-13 deficit.

Three early service aces helped Marshall jump out to a 10-3 lead in the first, a margin that Nicholls was never able to come back from. Carpenter’s five kills helped Nicholls hold a 24-22 edge in the second before Debell took over with three kills in the next four points, lifting the Thundering Herd to a 4-0 run and a 2-0 set advantage.

Tied at six in the deciding set, a Colonels service error started a 5-0 Marshall run. Nicholls pulled within two points five times but another four-point spurt by the Thundering Herd halted any attempt for a Colonel answer.

Nicholls concludes the event against host BGSU Saturday at 11 a.m.