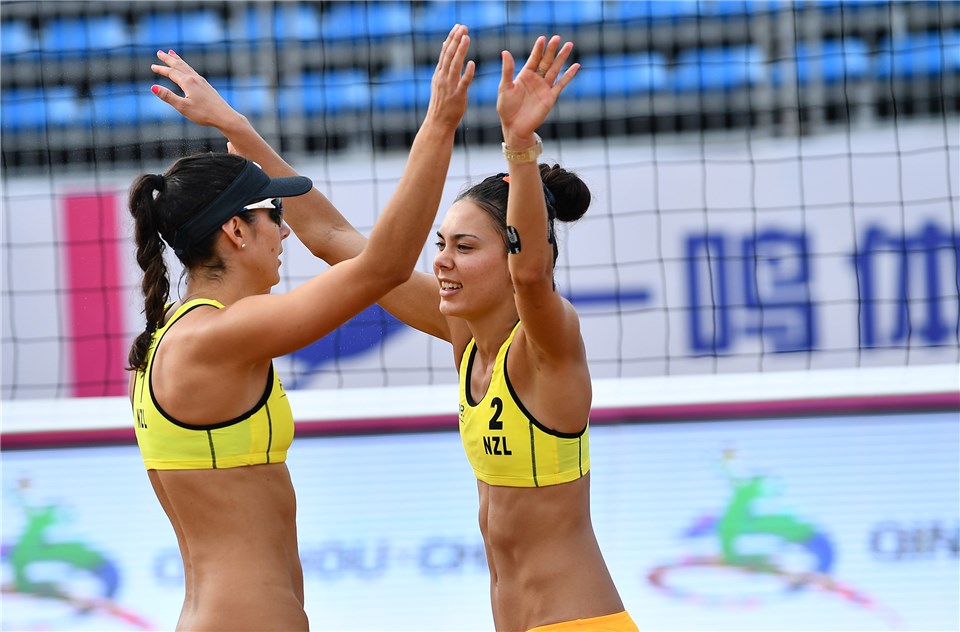 Qualification began for the main draw at the Qinzhou Three Star on Tuesday with three women’s matches and six men’s matches. Current Photo via FIVB

Qualification began for the main draw at the Qinzhou Three Star on Tuesday with three women’s matches and six men’s matches.

Two teams from Japan: Sayaka Mizoe and Sazuka Hashimoto, and Akiko Hasegawa and Azusa Futami; and New Zealand’s Alice Bain and Julia Tilly moved on to the main draw with 2-0 wins. The round of 32 begins on Wednesday.

“It’s a hard match to play, but we are really happy to be in the Main Draw,” Bain said.

In the men’s action, two Dutch teams, three Japanese duos and a Swiss pair earned their way to the main draw.

“It’s our second tournament together, it’s incredible,” said Penninga. “China is so different from our country. We have jet lag and we have only four days training, so I am really happy that we played in the center court against home team. It’s amazing.”