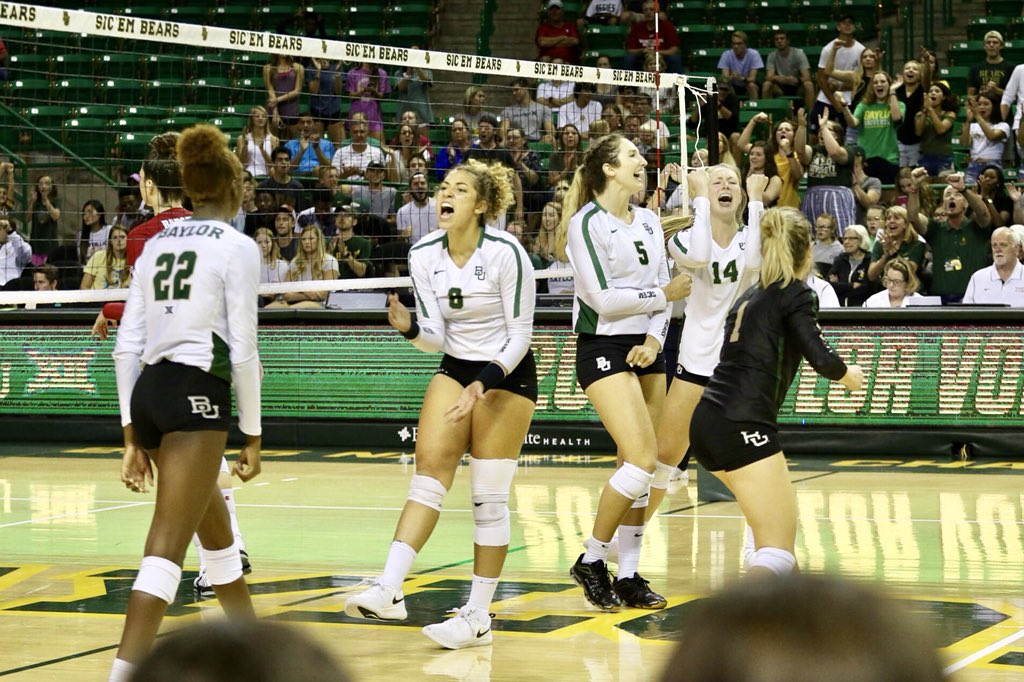 Baylor notches highest ranked win in program history with win over No. Wisconsin while Rice opens the Baylor Classic with a sweep of UTRGV.  Current Photo via Baylor Athletics

Baylor ended its two match-losing streak after falling 3-2 to No. 11 UCLA and 3-1 to No. 21 San Diego last weekend in the USD Invitational, and giving the Badgers their first loss of the season.

In taking the first set, the Wisconsin attack made just one error in claiming a 25-18 victory. Baylor responded in the second by holding the Badgers to just a .106 hitting percentage in evening the match at a set apiece.

The Badgers were able to hold off two match points before a service error secured the victory for Baylor.

In the opening set, it was UTRGV that raced out to an early 5-0 lead before Rice could find its footing. The Owls battled back, claiming their first lead at 9-8 and never looking back in claiming a one set lead.

The second set went back and forth with neither team able to establish much of a lead. The Broncs were able to save one set point to draw within one at 24-22, but the Owls would capitalize off the error to go up two sets to zero.

Finally, in the third, with the score tied at six, Rice used a 5-0 run to seize control of the final set. Three straight errors on the attack by the Broncs cemented the win for the Owls.