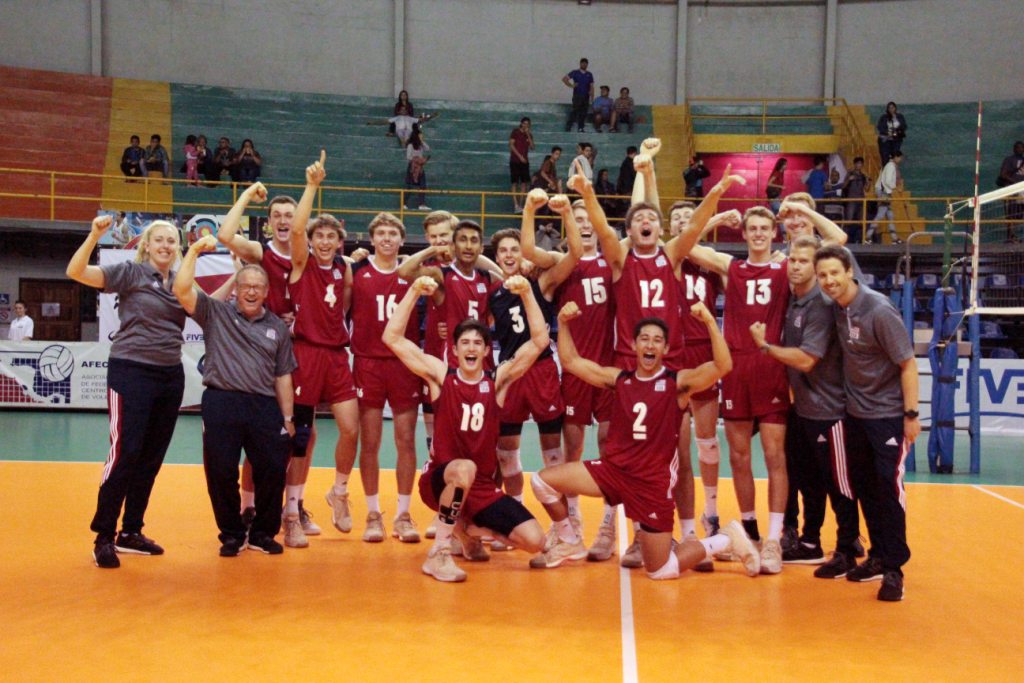 With semifinal victories, the U.S. Boys' Youth National Team and Cuba clinched bids to the 2019 FIVB U19 World Championships. Archive Photo via NORCECA

The 2018 NORCECA U19 Boys’ Continental Championship began in Costa Rica featuring a seven-team field. Cuba will be looking to defend their crown while the United States is trying to win the tournament off of American soil for the first time. In total, two tickets to the age-group related 2019 FIVB World Championship will be punched in the event – which now have been clinched by USA and Cuba.

In the first semifinal, the United States Boys’ Youth National Team took down Puerto Rico to clinch a bid to the 2019 FIVB U19 Boys’ World Championship. Things got progressively tighter in each set, but overall the American side was the stronger team. It also pushes them into the championship match where they can win a trophy by getting revenge on their lone loss to Cuba.

The block heavily favored Team USA at 7-0, which also helped to fuel a 46-24 edge in attacks. United States had 12 more unforced errors, but it mainly came as a result of being more aggressive to earn that big discrepancy in attacks. Individually, opposite Scott Solan posted 18 points and had plenty of help from Akhil Tangutur (13 points) and Alex Knight (13 points). Sebastian Negron of Puerto Rico (11 points) tried to keep pace, but didn’t have as much firepower around him.

Team USA head coach Brad Keller: “Tonight we started off faster, we were more disciplined and we slowed the game down to our pace. I am proud of these guys, they have done every single thing that we’ve asked them, I am really happy for them. I have a lot of respect for coach Juan Albarran and Puerto Rico, he does the best job coaching his boys and he’s a winner. We’re excited for facing Cuba again, we’re just going to celebrate this one and then dial in for that.”

Puerto Rican head coach Juan Albarran: “United States came with a well-structured game plan, their serves really damaged us in the first two sets, our performance was lower than our previous matches. Most definitely our blocking was absent and blocking boosts the excitement and game level; we were flat.”

Not only did Cuba set up a rematch with the United States from an earlier sweep they gave the Americans in pool play, but most importantly their win over Guatemala locked down a spot in the 2019 FIVB U19 Boys’ World Championship.

Cuban head coach Mario Izquierdo: “This is Cuba’s new volleyball generations, they are disciplined, tactic and with good physical strength; these are boys from several provinces in Cuba and I really satisfied with their effort to qualify to the world championship. This team is well prepared many people to thank and that are involved in this project of young Cuban talents. We will face the title match with the same energy.”