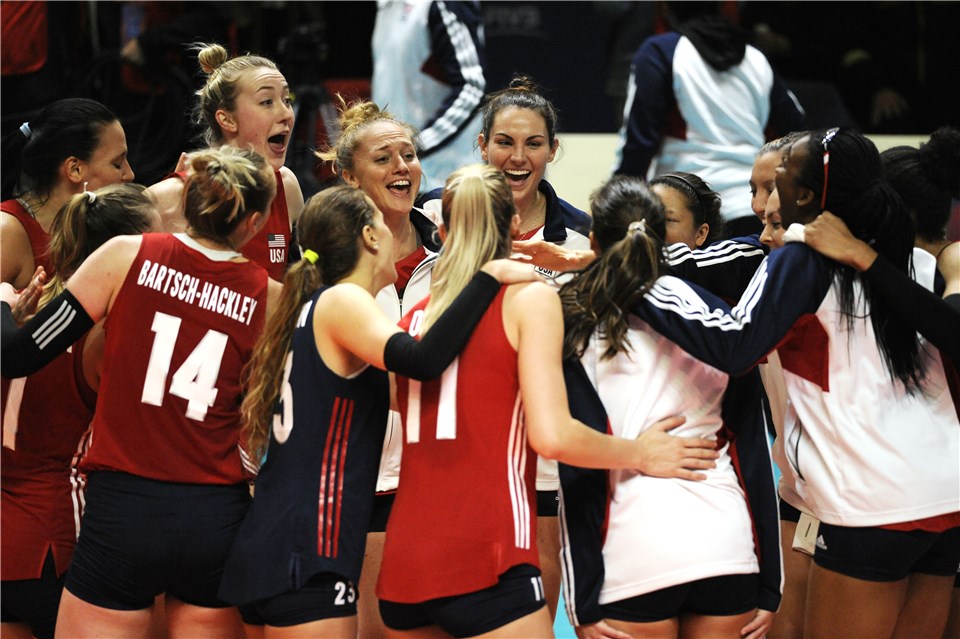 China is set to host four women's pools as well as the 2019 finals, while the American men will host one preliminary round weekend and the finals.  Current Photo via FIVB

The FIVB announced the 2019 Volleyball Nations League slate on Tuesday.

The marquee women’s match, pitting 2018 VNL winners from the United States against the 2018 World Champions from Serbia, is set for Week 2 in Italy (May 28-30). The 2018 VNL gold medal rematch between the Americans and Turkey will be played in China on Week 4.

On the men’s side, VNL champion Russia will take on World Champion Poland on Week 3 in Iran (June 14-16). A rematch of the 2018 VNL title match between Russia and France will be played on Week 1 in Serbia.

The American women will host a pool of Korea, Germany and Brazil on Week 3 (June 4-6). The 2018 gold medalists will take on runnerup Turkey on Week 4. 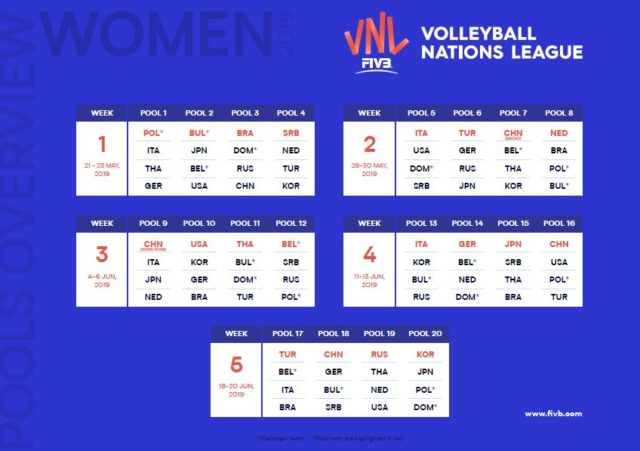 The men’s finals will be played in the United States from July 10 to 14. But first, five weeks of preliminary action will take place around the globe, including a Week 4 visit to the USA.

The American men, which earned bronze at Worlds and the VNL in 2018, begins its quest for another medal in Poland, facing Brazil, Australia and Poland on Week 1. 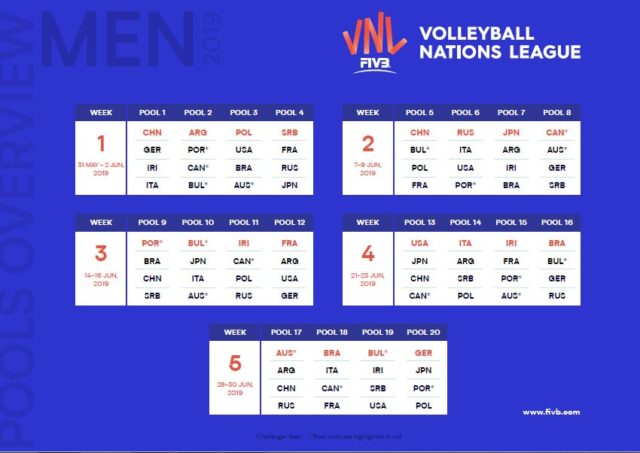