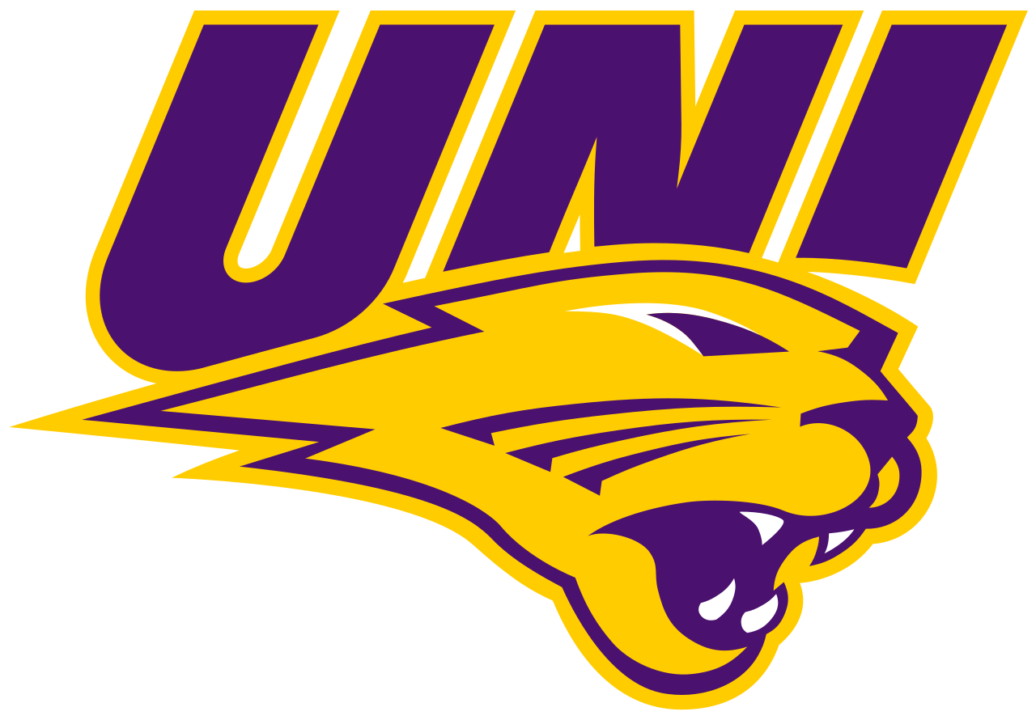 In a locally-hyped in-state rivalry match between Northern Iowa and Iowa, State, the Panthers took a 3-2 win over the Cyclones in spite of Iowa State’s overall statistical advantage. Wildly-inconsistent hitting for the Cyclones did them in on the day and resulted in their first loss of the season. There are now just 10 undefeated teams left in NCAA Division I volleyball this season.

“I think it’s the same problem that continues to plague us,” Iowa State head coach Christy Johnson-Lynch said after the match. “We’re really good defensively, we’re blocking  balls, we’re digging a lot of balls, but we are not offensively where we need to be. You can just look at the stats match after match and know we have to find a way to produce more offense.”

Northern Iowa, meanwhile, spread their offense out across the front line, with outside hitters Bri Weber and Taylor Karlie having 14 kills each; middle hitter Piper Thomas having 17; and their 3rd option at the outside Jaydlin Seehase having 11 kills and just 3 errors for a .320 hitting percentage. Weber recorded a double-double in the match with 13 digs to go with those 14 kills, while Piper Thomas had 3.5 blocks for a better-than-20-point day.

Iowa State’s back-row defense did keep the Panthers’ hitting percentage down at .177 – their 3rd-lowest output of the season. Northern Iowa has hit below .200 in their last two matches now: one a loss to UMKC (.158), and Wednesday’s win against Iowa State.

Hali Hillegas had 25 digs for Iowa State, while Genesis Miranda Jess Schaben, and Piper Mauck all each had at least 14.

Schaben’s digs resulted in a double-double. She also had 12 kills and 7 block assists for 15.5 points – matching her to the team lead with Alexis Conaway (11 kills, 9 block assists).

As went Schaben so went the Cyclones. She had 3 hitting errors in the opening set, which Iowa State dropped, but had 6 of her 12 kills in the two sets that the Cyclones won.

Johnson-Lynch emphasized the team’s challenge in transition – which is always an area of concern int he 6-2 offense that they play. She said that looking at more detailed stats, the team hit around .300 in side-out, but .000 in transition.

“We’re really good first ball, but once that ball goes back and forth we’re breaking down a bit,” Johnson-Lynch said. “I think there’s things we can do to solve that, we can find some different ways to use our middles. I definitely think that can get a lot better. If we could have a little time to do that, we’ve known it’s a problem, there just hasn’t been a whole lot of time for us to address it.”

She says that will be her team’s focus heading into the weekend, where they’ll have a huge challenge against Creighton and Wichita State.

This win was Northern Iowa’s 3rd this season over a ranked opponent – they beat then-#18 Missouri in the season opener and also knocked off current #15 USC. This is the 2nd-straight season in which Northern Iowa has tipped Iowa State in a 5-set match.

UNI (8-3 overall) defeated Iowa State (7-1 overall) for the second straight year in a five-set match. It marks UNI’s first win in Ames since a Panther victory in 2008.

The Panthers are one of three NCAA Division I volleyball teams with three wins over ranked foes this season – joining Florida and Creighton in that elite list.

UNI came out strong with a 25-21 triumph in the opening set, only to see the Cyclones even the match at 1-1 with their own 25-21 win in the second.

The Panthers looked dominant midway through the third set with a 17-10 lead. However, the Cyclones stormed back and knotted the set at 22-22. UNI stemmed the tide and was able to post a 25-23 third-set victory.

The Cyclones forced a fifth and deciding set with a decisive 25-17 win in the fourth.

UNI scored the first two points of the fifth set and pushed the margin to 8-4 before an Iowa State timeout. The Cyclones clawed back to within 11-10 and forced a Panther timeout. UNI came out of the break and scored on a kill by Piper Thomas. Taylor Hedges followed with a service ace and Bri Weber tallied a solo block to give UNI a 14-10 lead and four match points. Hedges served an error, but Weber answered on the next point with a kill to give the Panthers the five-set triumph.

NOTES: UNI has defeated Iowa State 11 times when the matchup has taken place in Ames … UNI leads the all-time series, 34-28 … head coach Bobbi Petersen is 8-10 vs. the Cyclones.

The Cyclones struggled offensively, only hitting .156 as a team, and committing 35 attack errors on the night. Grace Lazard and Jess Schaben guided the ISU attack with 12 kills each. The Iowa State defense kept the home team in the match, as ISU dug 92 balls, led by 25 from Hali Hillegas. Freshman piper Mauck had her second career double-double with 28 assists and 19 digs, while Schaben also had a double-double with 18 digs.

Set One: UNI 25 Iowa State 21
Iowa State made a 5-1 run mid-set that eventually led to a 17-13 lead. However, the advantage was short lived as the Panthers took five of six points to tie the set at 18-18, and eventually pull ahead for good at 20-19. Grace Lazard was stuffed by Moriah Johnson to give the Panthers the first 25-21.

Set Two: Iowa State 25 UNI 21
The most competitive set of the match, which featured 14 ties and six lead changes. While UNI pieced together a 14-11 advantage, a strong serving run by Piper Mauck kicked off a 4-0 run to put ISU back ahead. Down 18-17, the Cyclones then ran off five-straight to pull ahead 22-18. ISU evened the match when Heather Hook’s set was unable to find a Panther teammate at 25-21 ISU.

Set Three: UNI 25 Iowa State 23
UNI broke open an even set with a 7-0 run that made a 10-10 match a 17-10 Panther advantage. The Cyclones quickly resonded, going on a 5-1 run to slice the lead to three at 18-15, and eventually grinding their way back to a 22-22 tie when Genesis Miranda and Alexis Conaway stuffed Piper Thomas. Miranda fought off UNI’s first set point with a kill, but gave it back on an ensuing service error to give UNI a 2-1 lead.

Set Four: Iowa State 25 UNI 17
The Cyclones put it all together in set four, hitting .314 while keeping UNI at .116. The Cyclones got the first two points of the set and never looked back, with the serve of Izzy Enna in particular causing the visiting Panthers problems. Piper Thomas put one wide for the Panthers to force a fifth set at 25-17.

Set Five: UNI 15 Iowa State 11
The Cyclones were down the whole way, with a 4-0 Panther run to make it 7-3 giving the visitors plenty of breathing room. Iowa State chipped away, eventually taking the lead down to one at 11-10. However, the Cyclones luck ran out as a 3-0 run by the Panthers brought up match point, which was put away by Bri Weber on the second asking with a kill to the backcourt at 15-11.

Up Next
Iowa State is on the road this weekend at the Shocker Volleyball Classic, hosted by Wichita State. ISU begins the tournament on Saturday with No. 8 Creighton at 4:30 p.m., and will then take on hosts Wichita State on Sunday at 2:30 p.m.