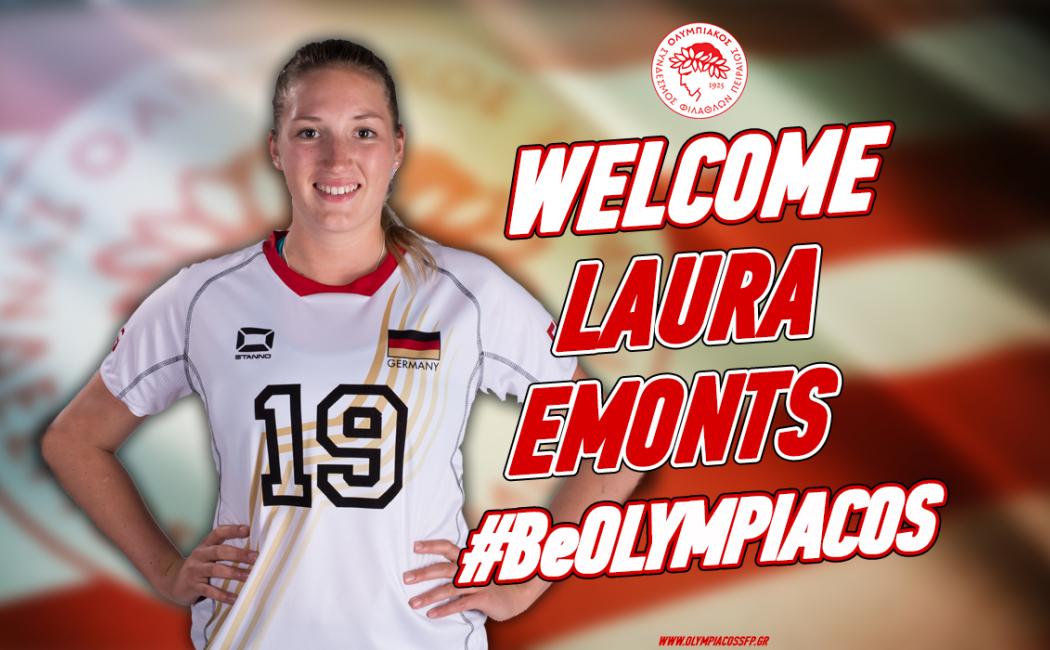 Laura first broke into the international scene in 2009 when she won the U20 FIVB World Championship with German's youth team Current Photo via https://www.olympiacossfp.gr/

Greek club Olympiacos has announced in its official website the signing of German national teamer Laura Emonts as the newest addition to its roster. The 27-year-old 5’10” outside hitter has 48 caps for her national team and will undergo only her second season outside of Germany. Her only previous international experience was with Czech club Prostějov, with which she won the 2016/17 and 2017/18 Czech Championships and Cups. Here are her first words as part of her new team:

“I feel honored and excited to join Olympiacos in the next season. I am looking forward to playing in front of our fans and their fantastic atmosphere! The club and the city of Piraeus are unique in Europe. I’m really proud to be given the opportunity to play for Olympiacos and do my best in both national and international competitions. I will do my best to help my team achieve all its goals!”

Laura first broke into the international scene in 2009 when she won the U20 FIVB World Championship with German’s youth team. As a senior, she was part of the German national team at the 2014 FIVB Volleyball Women’s World Championship in Italy and several other smaller championships. She has also tried her luck in sporadic beach tournaments in FIVB’s World Tour.