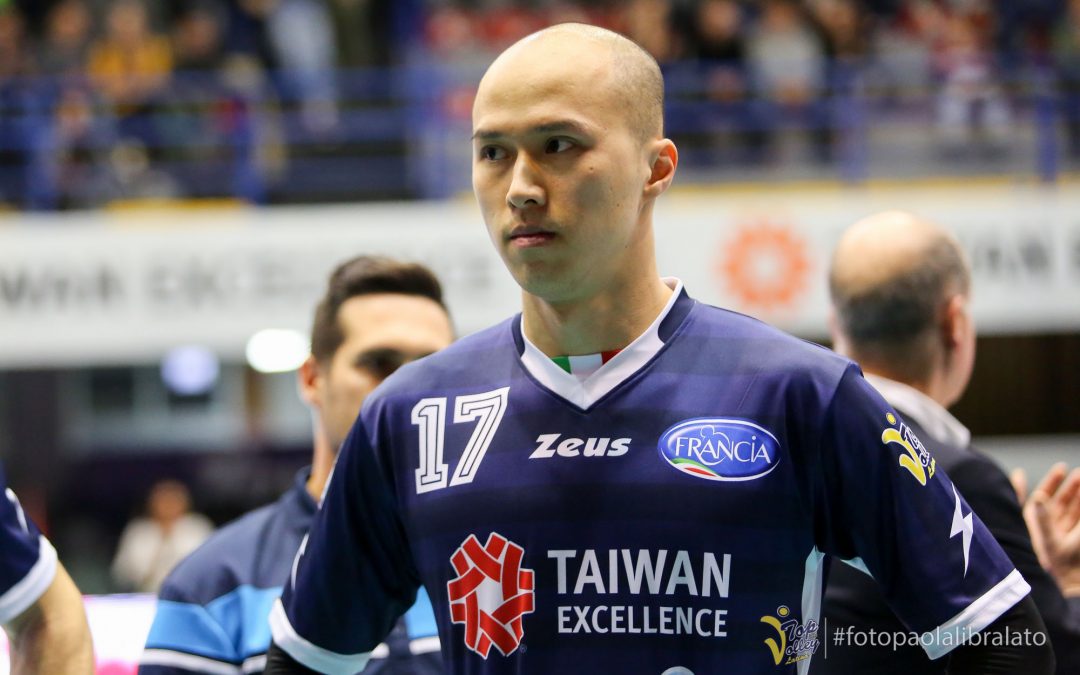 Asian players are still trying to carve out their space in the Italian league, Huang being one of the best examples Current Photo via http://new.top-volley.it

Taiwan Excellence Latina has announced in its official website that it has extended ties with its back-up setter Huang Pei-Hung for a second season. The 27 year-old Taiwan native (a happy coincidence?), is very experienced, having led his national team in various Asian tournaments.

The Italian Men’s League is undoubtedly one of the strongest men’s leagues in the world. In our latest breakdown, 74 players in the league, as of the 2017 season, have been an active member of their nations national team, making Italy a tough place to play volleyball. Asian representatives are still trying to carve out their space in the league, though, and having Huang in it is extra help.

Here is what he had to say of the news:

“I am very happy to continue my adventure in Latina for  next season. Latina is a team where I can continue to improve my sporting path in the Italian championship. The Superlega is a very beautiful competition to play because there are many champions, many high-level players, who give out a show on the field. My goal is to learn again and put these teachings into practice.”

Latina had 7-29 record last season, good enough for 11th place in the standings, just out of the relegation zone.