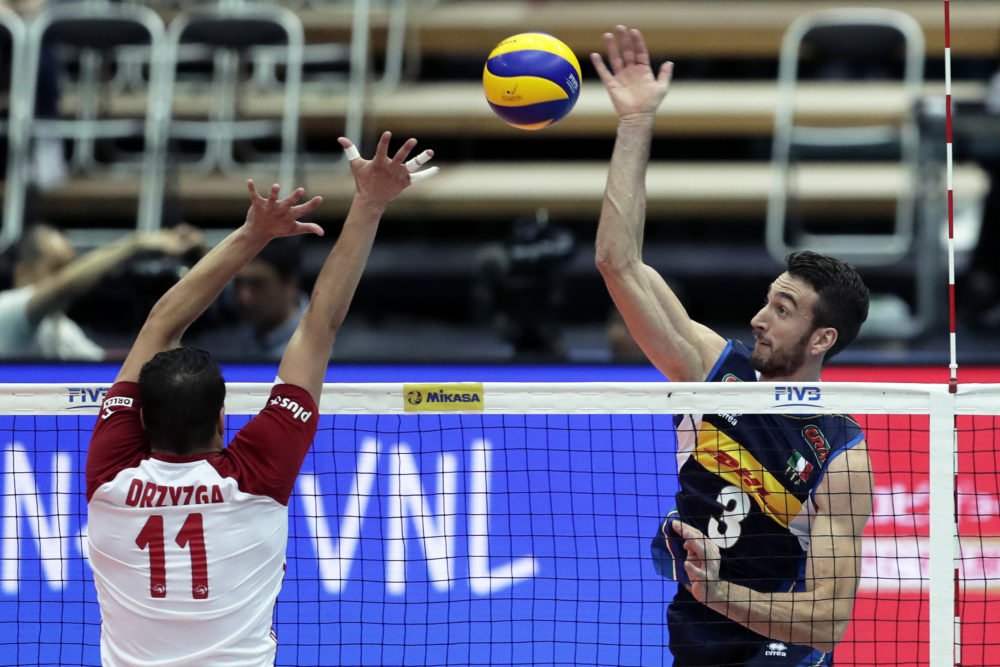 Simone Parodi is leaving Piacenza and heading to Top Volley Latina for the 2018-2019 season.  Current Photo via FIVB

Top Volley Latina was looking to replace an outside hitter when Gabrielle Maruotti and Yuki Ishikawa left the club for newly-promoted Emma Villas Siena. They found a reinforcement in Simone Parodi from Wixo LPR Piacenza. With Piacenza not being able to financially sustain themselves in the Italian SuperLega next season, their players are being forced to find new locations for 2018-2019.

Parodi played in all but 3 of Piacenza’s matches last year. He scored 219 points on the season at a rate of 2.74 points per set. He hit 45.5% while tallying 192 kills on the year. Piacenza finished the regular season in 7th place and were knocked out of the playoffs in the quarterfinals by Lube. They moved to the 5th-place playoffs and lost to Gi Group Monza.

He is going to a team that finished 11th in the regular season. In the 5th-place playoffs they beat BCC Castellana Grote and Revivre Milano to reach the semifinals. They lost in the semifinals 2-0 in a best-of-3 series to Gi Group Monza, the team that won the playoffs and earned a place in the CEV Challenge Cup.

Though he is going to a team that struggled this past year, Parodi remains optomisitc about his club’s chances for success. Parodi explained about Latina, “I have played against it so many times and the teams that have set up have always been very aggressive, so in the next season I hope I can always give a lot of trouble to all opponents who will arrive at the building. I take this opportunity to invite all the fans to the games, I will put it all together with my new teammates.”

The 6’5″ outside hitter has also represented the Italian National Team many times going back to 2007. Parodi played in the FIVB World Cup in 2011 as well as the FIVB World Championships in 2010 and 2014. He helped Italy win a bronze medal at the 2012 Olympic Games in London and silver medals at a pair of European Championships (2011 and 2013). He suited up for the Azzurri in the Volleyball Nations League and scored 47 points on 40 kills, 5 blocks and 2 service aces in the Preliminary Round.