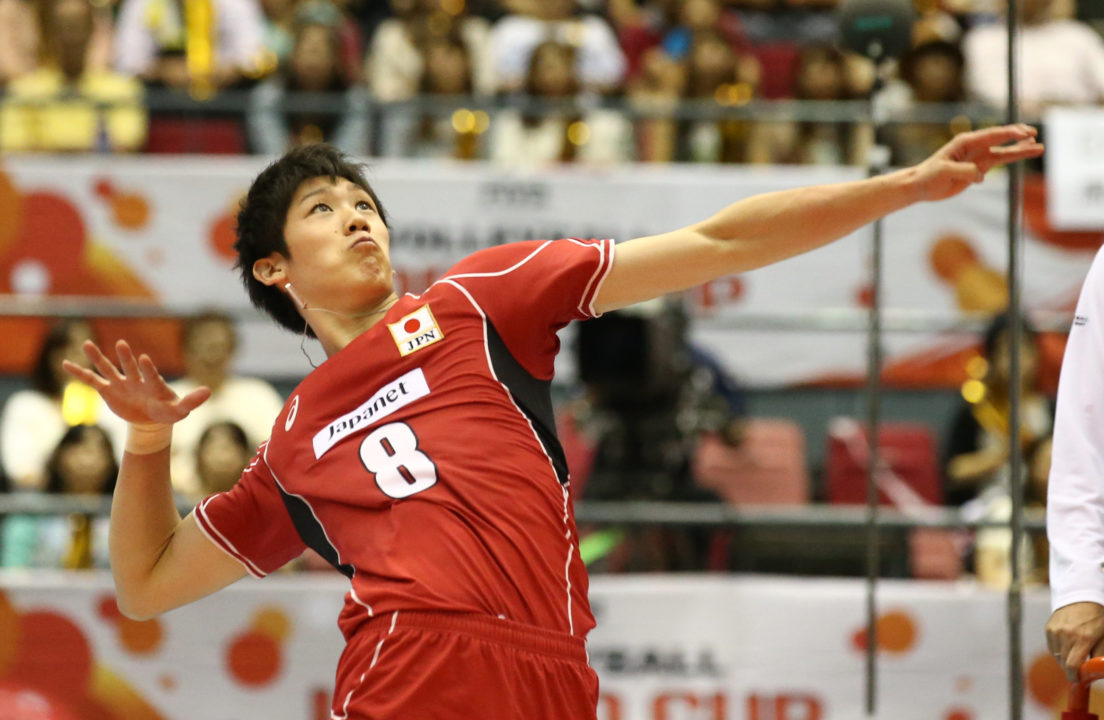 Emma Villas Siena continues to show they are not happy just being in the Italian SuperLega, but they hope to compete for a spot in the playoffs and qualification to a European cup. They have already landed Gabrielle Maruotti, Fernando Hernandez, and one of the best setters in the world, Saeid Marouf. They now have gotten Japanese outside hitter, Yuki Ishikawa. While he is only 22 years old, this will be Ishikawa’s 4th season in the Italian SuperLega.

Ishikawa started his professional career with Modena when he was only 18 years old. He played in 8 matches that season, scoring 28 points and hitting with a success rate of 63.2%. After that year he went back to Japan to finish his education.

He has played the last 2 seasons at Top Volley Latina. Though he only played in 8 matches in 2016-2017, Ishikawa was a greater contributor to the team this past year. He played in 17 matches and scored 136 points.

Though Erik Shoji finished with the best pass reception efficiency in the Italian SuperLega, and Sasha Starovic was 10th on the list of top scorers, Latina still finished towards the bottom of the standings. After claiming 11th place on the table, they defeated BCC Castellana Grotte 2-0 in the opening round of a best-of-3 series in the 5th place playoffs. They then lost in the quarterfinals 2-0 to Revivre Milano.

Ishikawa has been a part of the Japanese National Team, but he has not been a part of any matches in this year’s Volleyball Nations League. He suited up for Japan in the last FIVB international competition, the Grand Champions Cup. Ishikawa played against the United States on September 12, 2017, where he scored 9 points in a 3-0 defeat. He also played against France the next day and scored 8 points in another 3-0 loss.