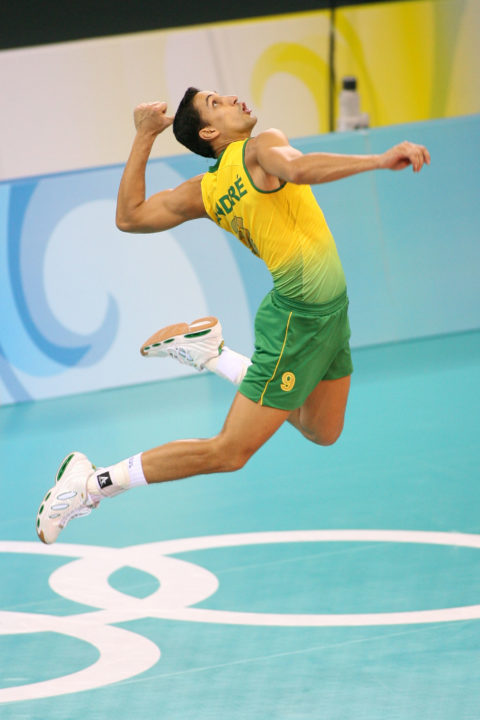 Brazilian volleyball fans saw three of its legends retire this weekend. First, Dante Amaral and Fabiana Alvim called it quits, then 2004 Olympic gold medalist Andre Nascimento decided to do the same and also hanged up his knee pads, after helping Vôlei Itapetininga win a promotion to Superliga. He will now act as the team’s general manager.

Nascimento, or “The Cannon” as he was known to fans due to his powerful left arm, was the opposite hitter of Brazil’s golden age of male volleyball. Individually, he was named the  Best Spiker at the 2002 FIVB World Championships, the MVP and Best Scorer at the 2005 World Grand Champions Cup, and Best Server of the 2006 FIVB World League. Besides the Olympic gold, Nascimento also played on 2 World Championship teams, 2 World Cup winning teams, a Pan Am Games winning team, and 5 World League winning teams.

Here is what he had to say to fans on his personal Instagram page:

“I would like to thank God for everything he has given me, and all my friends, companions, and fans for the words and the affection given me! I thank all of you who cheered for me throughout my career. All of you were an important part of it. I will miss the wonderful moments we spent together! How much I learned from this sport !! I want to give my children this experience! God is good !!! Thank you Jesus !!!”