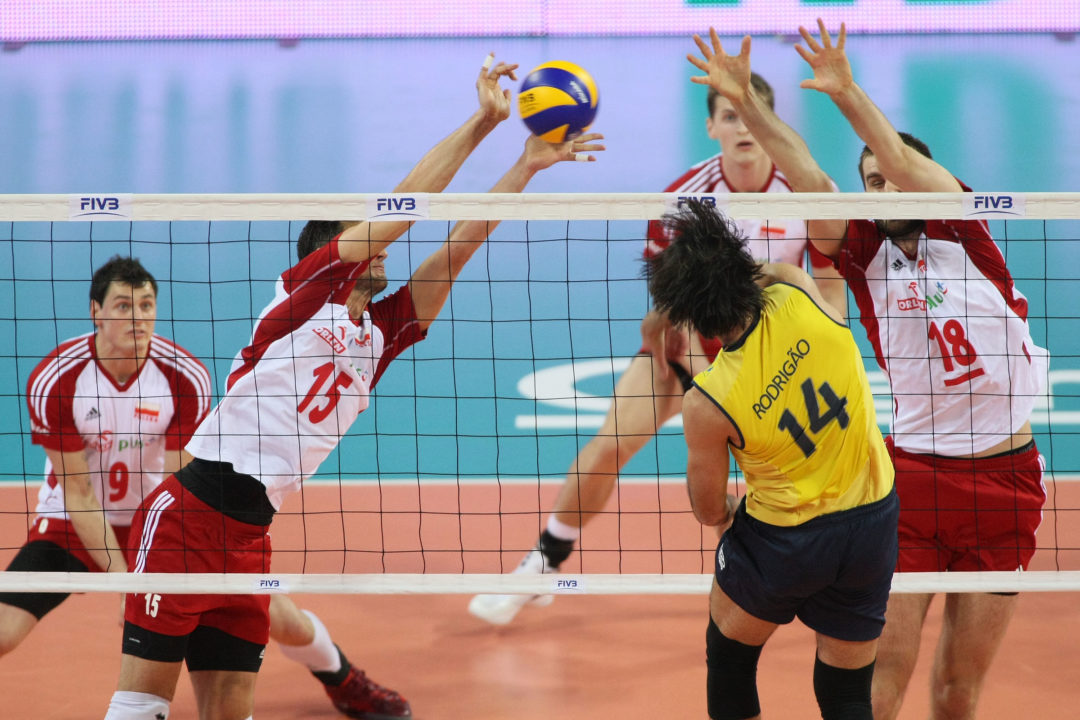 Brazilian Olympic gold medalist Rodrigão (Rodrigo Santana) has had a busy life since retiring in 2014. Now at 39-years-old, he has switched to and forth between professional poker tournaments, coaching, and even tried his chances at Brazil’s elections recently. Standing at 6’9″, he was one of the premier middle blockers of his generation and during his 13 years with Brazil’s national team, he helped it to an Olympic gold medal (2004), three World Championships (2002, 2006, 2010), two World Cups (2003 and 2007), two Grand Champions Cup (2005 and 2009), and eight World Leagues, in addition to two Olympic silver medals (2008 and 2012). In club play, he spent most of his time switching back and forth between Brazil’s and Italy’s premir teams, most notably Lube Macerata and Rio de Janeiro RJX.

Now fans will have a chance to see one more glimpse of the great player in action, as he has decided to come out of retirement to help the team he coaches, Santos FC, to gain promotion into Brazil’s Superliga, as a player/coach combination. Santos is a brand new team, and this will be its first tournament played. Rodrigão spoke to Globo.com about the decision that led him to gear up again for the game:

“The team’s staff and athletes are volunteers. The city of Praia Grande provides the structure and pays the federation’s fee, while Santos FC contributes with the sports equipment. But since we do not have a sponsor to hire players, I have decided to help on the court as well. This will help the team to gain notoriety and attract more partners.

It’s a start, we have not had a team in the coast a long time. So we have to strive to strengthen the modality in the region, attract sponsors and become competitive in the future. Our pool has two big teams, Corinthians and São José. Only the group champion guarantees a place in Superleague B. It is difficult, but we will try to overcome the difficulties with much will on the court.”

Superliga C starts on November 9. Seven teams – divided into two groups (one with 4 and one with three teams) – will play the tournament. Santos Vôlei Praia Grande is in key B, with headquarters in São José dos Campos, next to AIG – Nagumo “Corinthians”, São José Volleyball and Volleyball Potiguar-RN. The best campaigns (1st placed teams in Group A and B) will play in Superliga B, which is scheduled for January 2019.