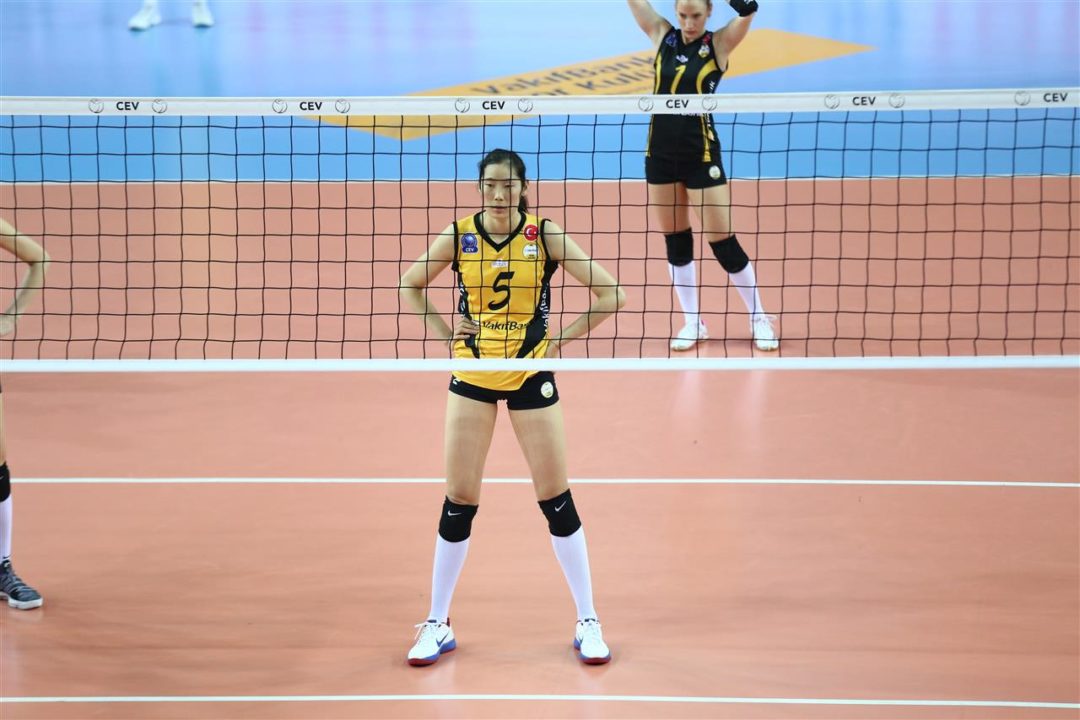 Chinese superstar Zhu Ting missed most of the 3rd set for VakifBank, receiving treatment on her right leg, but returned in the 4th. Archive Photo via CEV

The 2016 Olympic and 2017 FIVB World Grand Prix Most Valuable Player Zhu Ting has left the semi-final of the Champions League semi-final with what appears to be a right leg injury.

With her Turkish club VakifBank Istanbul leading Imoco Volley Conegliano 2 sets to 0 on Saturday evening in Bucharest, Zhu Ting took a seat behind the team’s bench and was being attended to by trainers. She didn’t wind up returning to that 3rd set, as Conegliano, dealing with a rash of injuries of their own this season, roared their way to a 25-16 set win.

But the scare was short-lived, as Zhu has returned to the court in the 4th set for VakifBank.

In spite of Zhu’s return, the Italian champions Conegliano, who have shown an indomitable fight through adversity all season, still have sprinted out to an early 8-5 lead in the 4th.

Full recap will come at the conclusion of the match.

Zhu Ting is the best volleyball player now and will be still the best for a long time in the future!

Today, CEV stole the MVP from Zhu Ting. She had the top statstic percentage and points for her team.very disappointment.