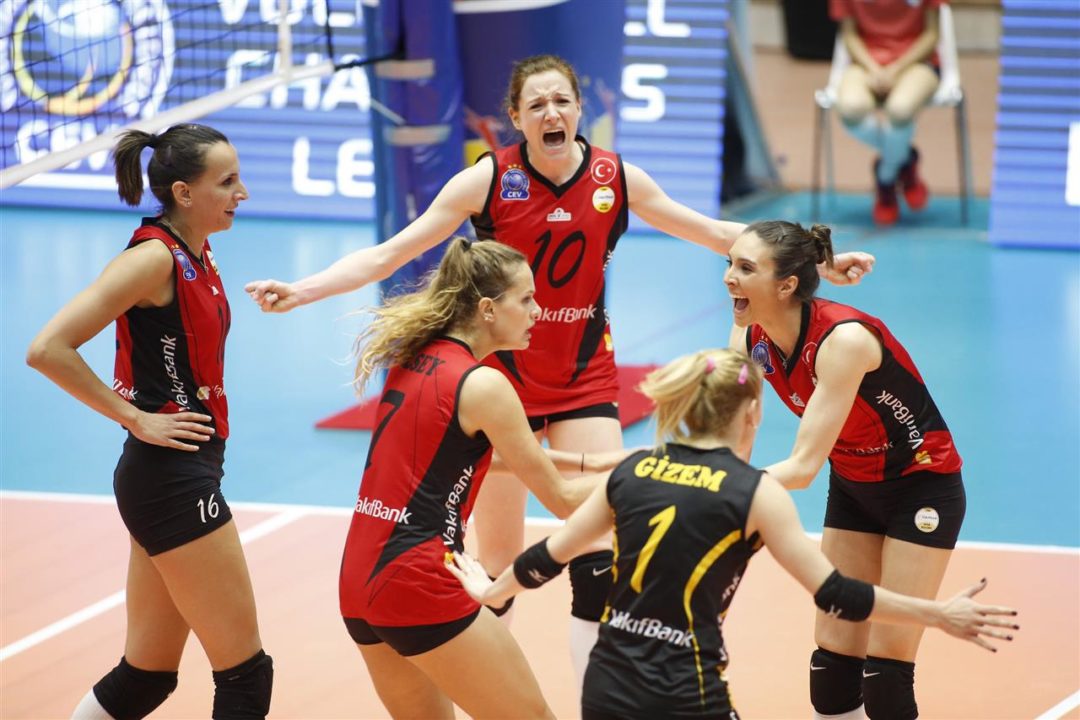 Saturday's first semi-final will go down as an instant-classic in Champions League history. Current Photo via CEV

But that set was won largely against a team playing without the best player in the world, Chinese outside hitter Zhu Ting, who sat out of the frame while receiving treatment on her right leg.

Zhu returned in the 5th set to the front row and was fed 3 times in the first 4 points, only able to land one of those full-force swings. Aside from a smash on an overpass, Zhu was rendered ineffective by Conegliano’s block early in the set. She appeared to continue to be bothered throughout the set by the leg, favoring to her left side on several occasions.

As massive momentum swings came in the heated 5th set, VakifBank continued to rely on their superstar early until she again retreated to the back row, allowing Conegliano to withstand an early surge. Samantha Fabris grew hot as the match went on: she scored 8 points in the 4th set and 4 in the 5th for 12 of her total 24 points.

But at that point entered one more run of heroics from the captain who is almost synonymous with VakifBank, 19-year veteran Gozde Kirdar, playing her last tournament of professional volleyball, to keep VakifBank in contention. A lake Imoco service error rotated Zhu back to the front row, and the Chinese star had one last surge of brilliance in her.

With VakifBank one point from a title, Zhu went to the bench, and one final kill from Kirdar, only upheld on an official’s review of a block touch, carried the Turks into the gold medal match.

Zhu remains the top scorer in the competition, adding 24 to her total to sit with 214. She scored 7 in the final set with 15 of her team’s 26 total attacks in the final set.

As an indication of her value to the team, in the 1st and 2nd sets, VakifBank hit 50% and 45%, respectively. In the 3rd, without her, they hit just 34%. They finished with 46% hitting in the final set, with Zhu herself landing 59% of her shots in the match.

The match was a replay of last year’s Champions League final, which VakifBank won in an easy 3-0 sweep. VakifBank will await the winner of the second semi-final between CSM Volei Alba Blaj of Romania and Galatasaray in the championship game, while Conegliano will play the loser for bronze. 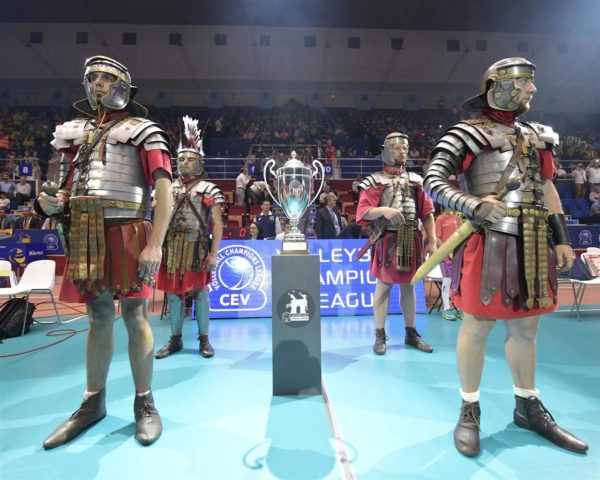 Watching from 9:12 in the 5th set on, one will know why Zhu is clearly the most valuable player in the world. Being the soul of Vakifbank Zhu always stands out in the most important moments with amazing killers and fighting spirit. Without Zhu Vakifbank team would be a 2nd rate team dominated throughout by the superior tactics of Conegliano in this match.

They are playing without Robin and Folie. Kosheleva plays for Galatasary.

Guys, it’s BUCHAREST (Bucuresti), Budapest is the capital of Hungary not of Romania! :)))

And it’s ALBA BLAJ, not CSM Bucharest the other top Romanian volleyball team!

zhu is the best!

SHe absolutly with any words of praise

Today, it was an easy win final between Vakifbank and hosted CSM BLAJ women volleyball CEV championships. The very good news, Vakifbank women’s volleyball repeated the crown of CEV women volleyball championships 2018. However, one thing isn’t unfair is CEV Comissioners stole the MVP from Zhu Ting. They offered Zhu one award best spiker. If you looked closely from yesterday match with Imoco VC and today performances . Who’s the best player? On the other hand, Vakifbank women’s volleyball Captain is an average player with decent performances. See the individual players status performances game from yesterday and today. I hope everyone agree with me. Once again, CEV is racist toward Far East players. That’s is the reasons Kim existed European women leagues etc. Bye!

Kirdar does seem like a strange choice with Zhu was so clearly her team’s MVP. More of a “lifetime achievement” award for Kirdar.