1991 National Champions are Coming Together to Support 2018 LBSU Team 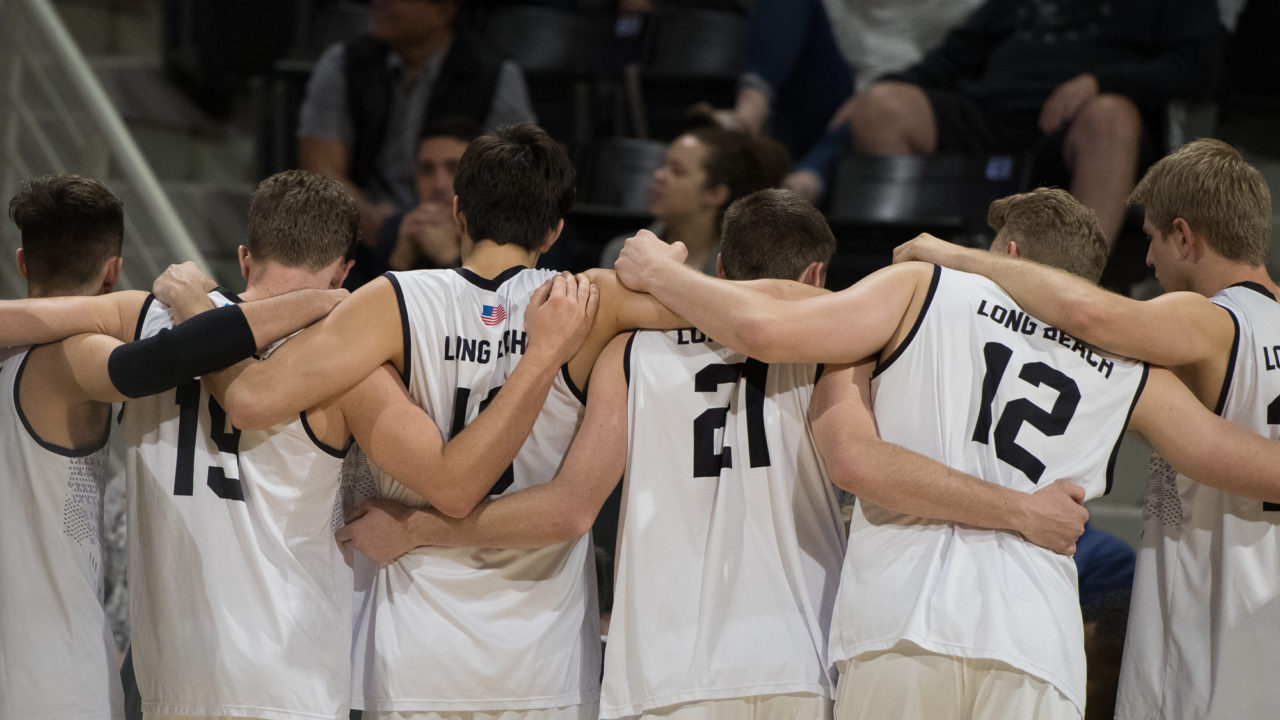 Twenty-seven years ago, before any of the players on the 2018 Long Beach State men’s volleyball team were even born, a core group of players hit the hardwood inside the Gold Mine and won a program-record 31 matches en route to bringing home a National Championship. On Saturday, with the season on the line, the 1991 Long Beach State National Champion Men’s Volleyball team will be there, cheering on the Beach. Current

LONG BEACH – Twenty-seven years ago, before any of the players on the 2018 Long Beach State men’s volleyball team were even born, a core group of players hit the hardwood inside the Gold Mine and won a program-record 31 matches en route to bringing home a National Championship.

The National Title was the first and, so far, only one won by LBSU men’s volleyball. However, that could all change Saturday evening when the 2018 squad takes the court at Pauley Pavilion against No. 3 UCLA in the National Championship match. With the season on the line, the 1991 Long Beach State National Champion Men’s Volleyball team will be there, cheering on the Beach.

“We are Beach through and through,” Former LBSU men’s volleyball outside hitter, and National Champion, Patrick “Sully” Sullivan said. “We want to be there to pass the torch. It’s history in the making. It’s hard to win a National Championship. It’s been 27 years. For us to be there is a kudos to Long Beach State and what they did for us.”

Sully along with his former teammates, including All-Americans Brent Hilliard and Brett Winslow, will be in attendance at Pauley Pavilion on Saturday. The 1991 team will be easy to spot as they will be sporting matching t-shirts, proudly displaying their love for the sport, their alma mater, Long Beach Nation, and the 2018 squad.

Making this trip to the National Championship match even more special for the 1991 team is seeing one of their own, LBSU head coach Alan Knipe, leading the 2018 team. Knipe was a junior middle blocker on the 1991 National Championship team, and along with Hilliard and Jason Stimpfig, was named to the NCAA All-Tournament Team.

Knipe has been a staple at LBSU since his playing days. Following his professional volleyball career, he returned to the Beach and served as an assistant coach under Ray Ratelle, who led Long Beach State to the National Title. After Ratelle’s retirement, Knipe took the reigns of the program and has led the Beach to five NCAA Tournaments.

Seeing his former teammates in the stands on Saturday is something Knipe looks forward to as he is very appreciative of the support from the close-knit group of players he shared so many memories with.

“We talk about the Long Beach Nation and it’s a pretty special group to me,” Knipe said. “Any time you can spend time with the guys you trained with, lived with, battled with, and played in championship games with, it’s special. It doesn’t surprise me at all that they’re all coming out. It’s an amazingly close group and it will be great to see them all.”

After 27 years, the 1991 squad has dispersed all over the country and throughout the state of California. However, with the chance to see Long Beach State capture its second National Championship, the former teammates will come from far and wide to show their support.

“It was an incredibly close group,” Knipe reiterated. “They’re really tight even though they’re spread out now. Life has kicked in and people have different jobs in different states, and are all over California. It’s difficult to get everybody back at an event. I think it will be one of the only times that all of the team is coming together and those are great moments.”

Sully, who is coming from Illinois and has spearheaded the 1991 team reunion, seconded Knipe’s thoughts as he said, “All the guys are excited. We’re fired up to see everybody. It’s going to be like a mini reunion. The last time we all saw each other was for the Hall of Fame induction. We can’t wait to go and show our Beach pride.”

Beach pride is what keeps the 1991 squad close. It is what is bringing them back together again. It is what they have passed onto each of the Long Beach State men’s volleyball teams that have followed in their footsteps.

When asked if he could give some advice to the 2018 team, Sully offered this:

“They have unfinished business. They have to remember they are always in the fight; even when their backs are against the wall. 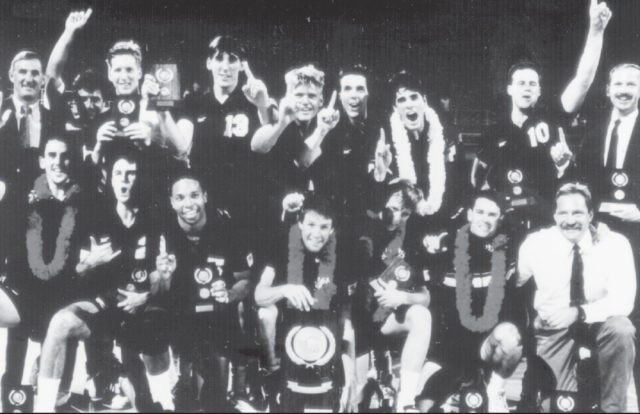