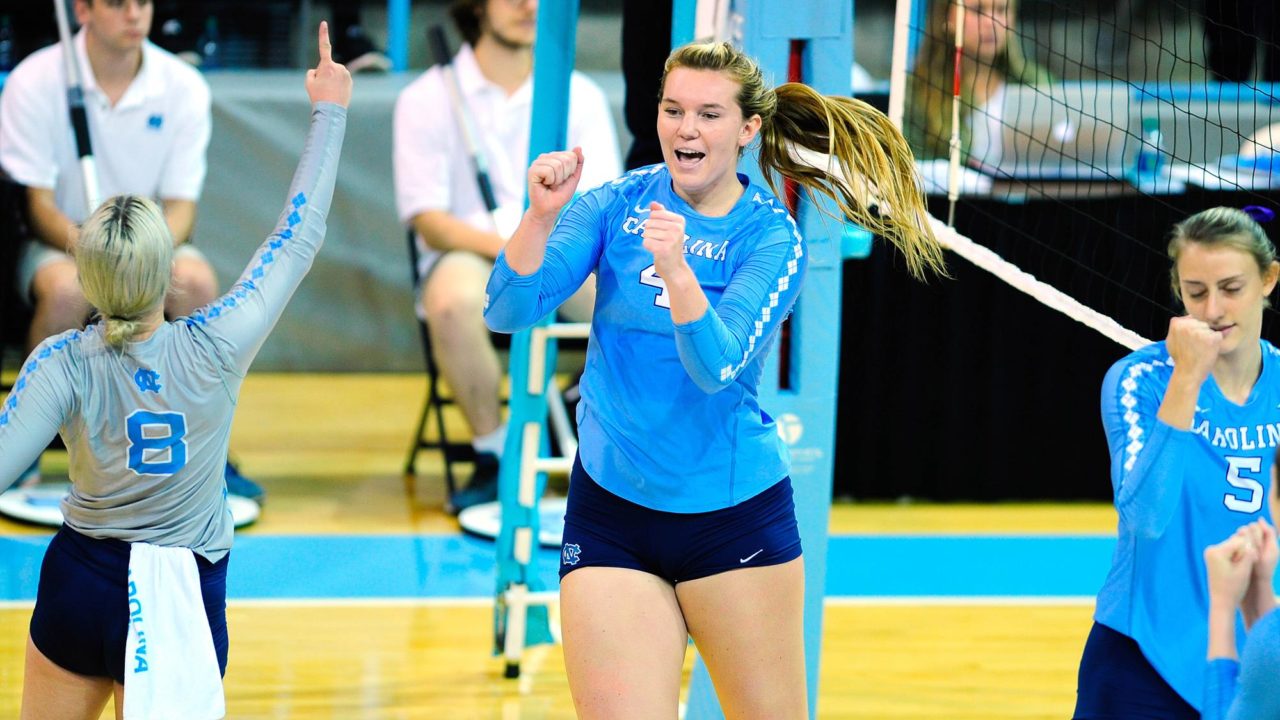 6'4" outside hitter Taylor Borup has transferred out of North Carolina and to Oregon for 2018. Archive Photo via Sarah Dwyer/UNC Athletics

The University of Oregon women’s volleyball program has made a big transfer addition in Taylor Borup, an outside hitter formerly with North Carolina. The 6’4″ Borup will be a junior in the fall of 2018 with two years left of play. She is also set to be immediately eligible.

“The addition of Taylor to our roster and our program is massive,” Oregon head coach Matt Ulmer said in the team’s press release. “Taylor has great point-scoring capabilities with her attack and block. She gives us more size and experience at the net, but also handles the ball well and has experience playing all six rotations.

A native of Loudoun County in Leesburg, Virginia, Borup came to North Carolina as a 2015 Under Armour Second-Team All-American. She was also listed as the #17 senior recruit by PrepVolleyball after totaling 1,193 kills, 143 blocks and 55 aces in 310 sets of her high school career.

“I am really excited to become a Duck,” Borup added in the release. “Having met the coaching staff, players and personnel from Oregon, I know this is going to be a great fit for me. Before visiting Eugene, I had no idea what to expect. Once I was there it felt like home. I am looking forward to starting my academic and volleyball career at Oregon. I cannot wait to rep the green and yellow this fall. Go Ducks!”

Oregon came in at #13 in our Way-Too-Early 2018 VolleyMob Top 25 Power Rankings, although this move could have some effect on the next release. The Ducks are coming off of an 18-12 season in which they went 10-10 in the Pac-12 and made the NCAA Tournament Second Round.