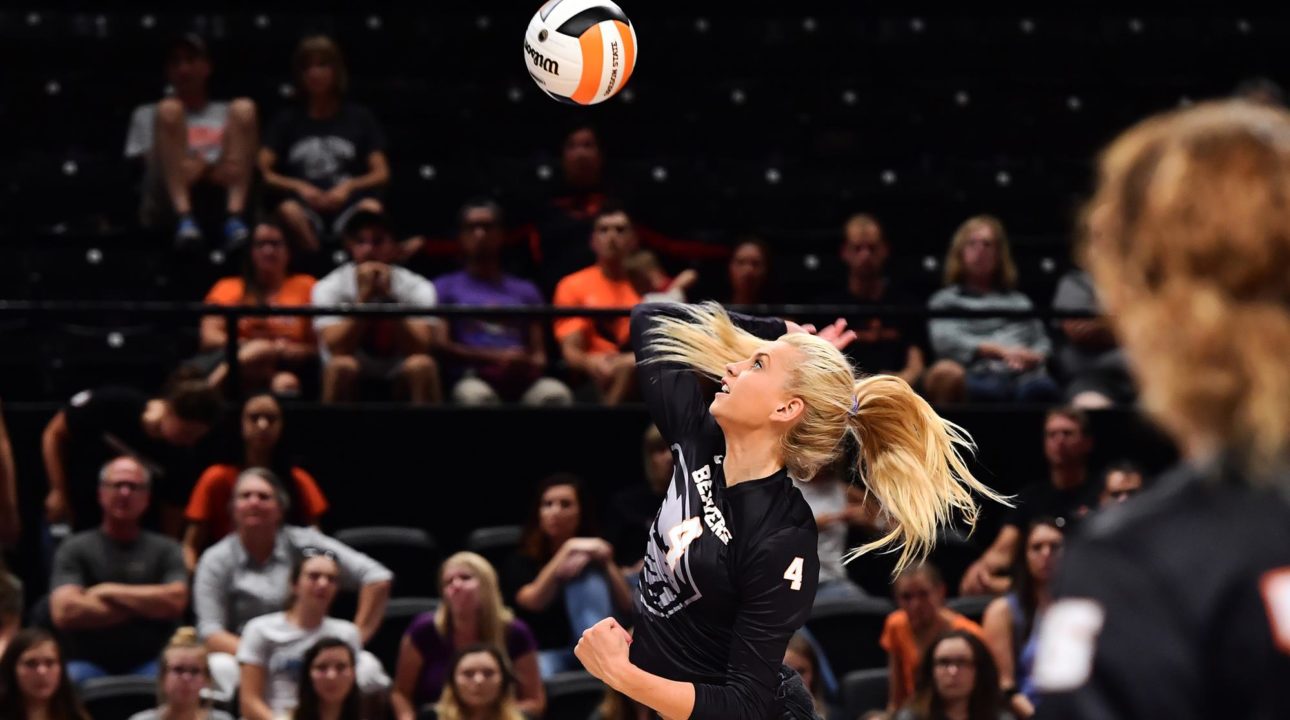 Bennett injured her right knee when she stepped on another player's toe and didn't return to the match. Current

Bennett left the match in the 3rd set at 9-8, with each team having won a set at that point. She appeared to step on the toe of Oregon State star outside hitter Lindsey Vander Weide while attempting a solo block on her shot.

Bennett did not return to the court, though she did make an appearance on the bench with crutches.

After she left, Oregon outscored Oregon State 16-6 in the set, and 41-21 overall, in what had been a competitive match largely thanks in part to Bennett’s play. She had 4 kills and 1 block assist in just over 2 sets of play, and in the 2nd set she scored 3 of the team’s last 5 points, and assisted on another.

Bennett has started all 13 matches at outside hitter this season (although in 5 of those cases, libero Kayla Ellis held her spot on the floor in the official starting lineup). Bennett has scored 122.5 points, which ranks her 3rd on the team, including 2.04 kills/set.

Bennett remained positive on Thursday after the injury, responding to a concerned Tweet that she would “be back soon.”