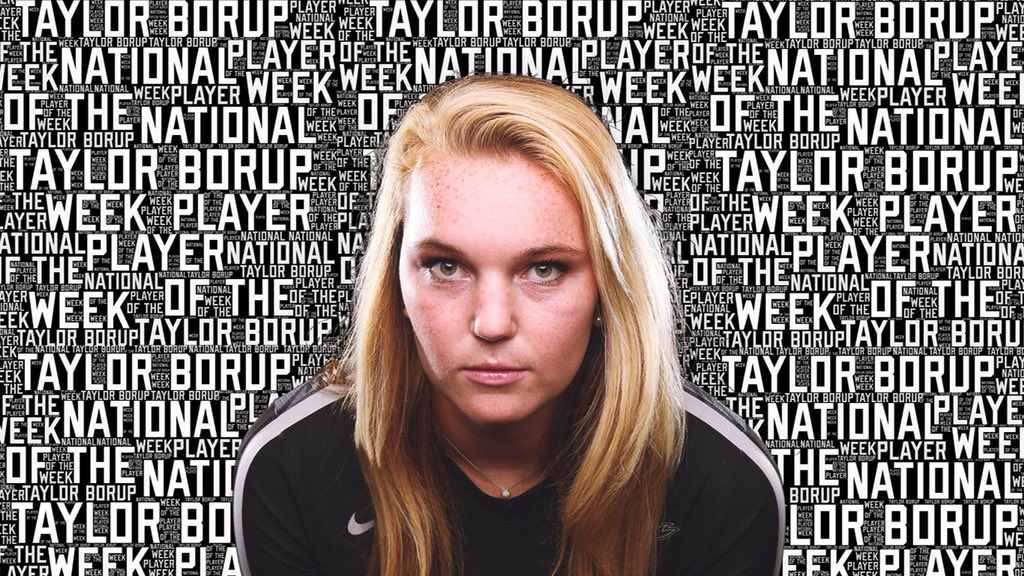 After leading the now 15th-ranked Ducks to back-to-back sweeps over 17th-ranked UCLA and 12th-ranked USC, junior Taylor Borup earned her first career AVCA Player of the Week honor. It is the 7th time an Oregon volleyball player has received player of the week recognition from the AVCA.

In her 1st Pac-12 starts, the 6-4 outside hitter/right side hitter recorded a pair of double-doubles. Against the Bruins, Borup tallied 13 kills and a career-high 16 digs, while posting a .310 attack percentage. She followed that performance with 10 kills, 11 digs and 2 blocks against the Trojans.

On the week, the Leesburg, Va., native averaged 3.83 kills and 4.50 digs per set, while hitting .311. For her efforts, Borup was selected Pac-12 Offensive Player of the Week for the 1st time.

As a freshman for the Tar Heels, Borup played in 29 matches and tallied 164 kills, 51 digs, 45 block and 5 service aces to earn ACC All-Freshman Team recognition. As a sophomore, she played in 20 matches before sustaining an injury that caused her to miss 8 matches. That year, she posted 143 kills, 26 digs and 28 blocks.

Oregon rebounded this week after dropping a pair of conference matchups last weekend. The Ducks stand at 11-5 overall and are tied for 2nd in the Pac-12 at 4-2.