Cal, Washington State Highlight Day of Upsets in the Pac-12 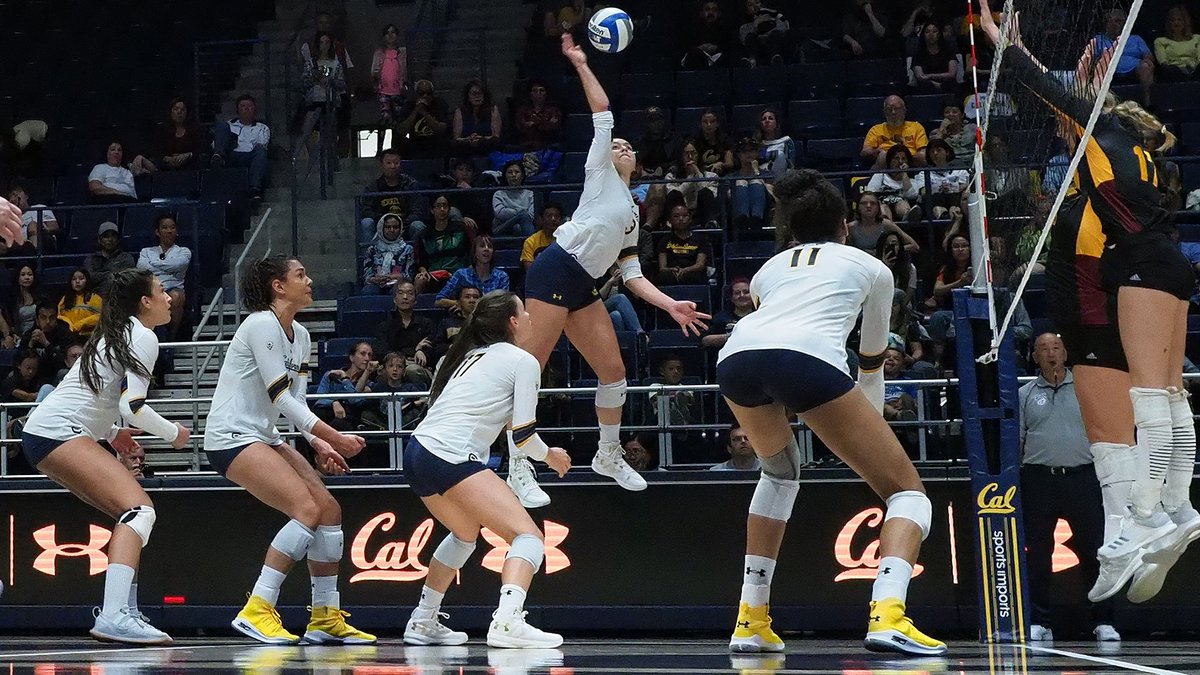 #2 Stanford was the only favored Pac-12 team to win on Sunday. #20 Washington State, #19 Oregon, (RV) Arizona State and Cal all pulled off upsets.  Archive Photo via Cal Athletics

Sunday was anything but straightforward in the Pac-12 conference. The conference saw four upsets and its top team, #2 Stanford get pushed, but survive on the road. First, it was #20 Washington State coming from two sets down to upset #18 Arizona in Tucson. Then it was Cal going on the road and rallying to defeat (RV) Utah to pick up its first win in conference play. Arizona State, who also received votes this past week, picked up a huge win by sweeping #14 Washington at home. #19 Oregon concluded its Los Angeles road trip by sweeping #9 USC. Lastly, #2 Stanford was pushed in three extremely competitive sets, but came out on top against #24 Colorado in Boulder to remain undefeated in the conference.

#20 Washington State rallied from a two sets to zero deficit against #18 Arizona Sunday afternoon to defeat the Wildcats in five sets. After dropping their first two conference matches, the Cougars have now won four straight.

The first two sets started out great for Arizona. The Wildcats grabbed the lead early in set one and then closed out the opener on a 6-2 run for a 25-20 victory. Then in the second, Arizona trailed most of the set, before finally tying the score at 20 apiece. The Wildcats closed the set on a 5-2 run for a 25-22 win.

Arizona looked as if it was going to close out the Cougars in three sets as the Wildcats grabbed the early lead. Washington State rallied and tied it at 21, but then Arizona charged ahead 23-21 and was two points form the match. But the Cougars refused to go away, stealing the final four points and the set, 25-23.

The Wildcats jumped out to the lead in the fourth set as well, but a 9-3 surge by Washington State put the Cougars in front 16-14. Washington State then closed out the set on a 5-1 run to force a fifth set.

In the fifth, Washington State opened the aggressor as it raced out to an early 6-2 lead. The Wildcats refused to go away as they clawed back into the match and tied the set at 13. The Cougars didn’t flinch and capitalized on a kill and an Arizona error to wrap up the set, 15-13.

.@CalVolleyball goes on a 7-0 run and takes a commanding lead!

Dani came off the bench. Dani got things DONE. 😤

This block from Dani and Megan will go down in history! #ForksUp pic.twitter.com/cUuUrE2loo