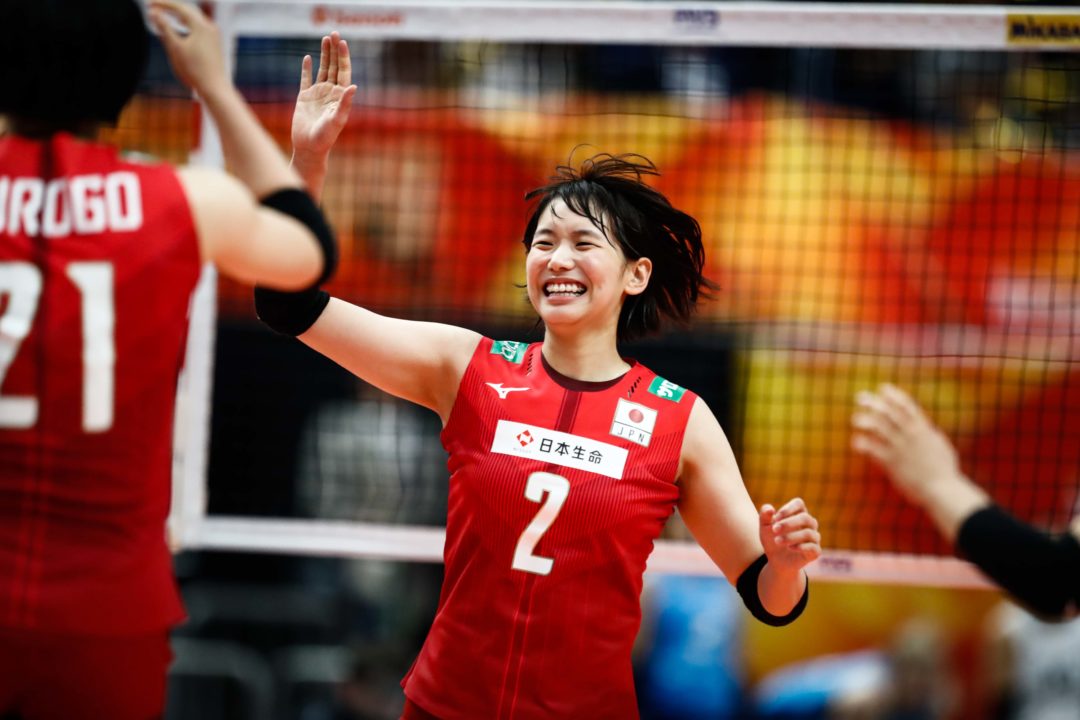 Sarina Koga and the Japanese women had almost 9,000 spectators per match in the opening round of the 2018 Women's Volleyball World Championship tournament. Current Photo via FIVB

The 60 matches of the opening round of the 2018 Women’s Volleyball World Championships in Japan drew just over 100,000 spectators in total: 100,615 per official FIVB recounts of the matches. That comes out to about 1,677 fans-per-match.

While that’s significantly lower than the 163,453 (2,724/match) that viewed preliminary round matches in the men’s tournament, there are a number of contributing factors in play that confound any judgement about the relative support of local fan bases or the audience preference of one tournament over the other.

If we remove ‘host nation’ matches from consideration, then the gap closes considerably – the men are down to 1966/match, while the women’s number falls to 1,038/match – still a big gap, but a smaller one at least.

The other confounding factor was the approach of Typhoon Trami toward Japan at the start of the tournament – which almost caused rescheduling of matches. The impact of the impending storm can be seen pretty easily in the September 30th attendance figures for pools C and D, located in the two cities most impacted: Kobe and Hammamatsu. Whereas the patterns (in both the men’s and women’s tournaments) bore out that evening matches were bigger draws, the reverse actually happened in those two pools. The storm hit Japan on the evening of September 30th.

The 3-matches per day also probably hurts attendance (the men’s tournament had just 2 matches per day). Attendances during the working day, as early as 1:40 PM local time, were much lower than later matches; this is showing up even more heavily so far in round 2 with 10:10 starts and 4 matches per day.

Their biggest crowd was 10,350 for their preliminary finale against Germany, though they drew at least 7,000 fans for each match.

Other high-water-mark matches for attendance in other pools (Pool A matches, even those not including Japan, all received the residual benefit from their presence):