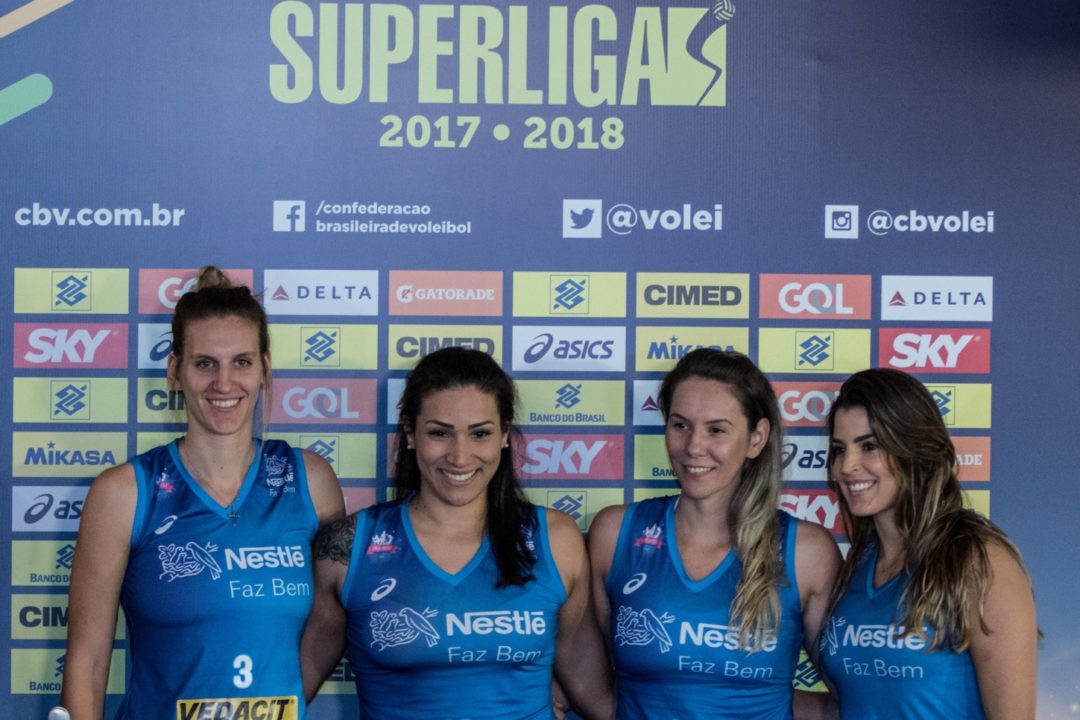 Volleyball is full of surprises. Dentil Praia Clube/Uberlândia is a powerhouse, boasting a squad with three Olympic gold medalists (Fabiana Oliveira, Waleska Menezes, and Fernanda Garay). It is also having an impeccable season, amassing a 15-0 Superliga record, having lost only 4 sets of play in 15 games. Up until this weekend, it looked unbeatable.

Volêi Nestlé/Osasco is not one to care much about records, though, and did not feel intimidated by Uberlândia‘s season’s accomplishments so far. At their Brazilian Cup final, it was quick to send the newcomers home and claim its third Brazilian Cup Trophy by beating Uberlândia in a quick and easy 3-0 match (25/17, 25/17 e 25/19).

The game was lopsided from its start, as Osasco went up on a quick 11-6 first set lead. By the time Uberlândia woke up, it was already to late to catch up, and Osasco closed the set at 25-17. Nothing changed on the second set, as 13-10 quickly became 18-11 and 25-17. Although the third set started a bit more balanced up at 9-9, Osasco quickly took an 18-12 lead, before closing it all up at 25/19. Tandara Caixeita and Beatriz Silva led the way for Osasco with 15 points apiece. Nicole Fawcett had a below average game and was subbed out midway through the second set.

“Our team needs to be congratulated for what we presented in today’s match. We were very tactically disciplined  and followed what Luizomar de Moura asked of us. I’m speechless. We’ve played two championships so far and won both. Now we have to focus on Superliga because next week we will face Fluminense.” – Tandara.

All of our work is  focused on this group’s growth. We have two foreigners, Nadja Ninkovic and Angela Leyva who came here with the goal of learning. We had difficult defeats in Superliga that showed that we needed to work even harder. This final will not change that. This title will give more motivation to the group, but we have to have our feet on the ground. We have defeated the season’s great favorite, but we need to continue working hard.” –Luizomar de Moura

Uberlândia has been labelled by Brazilian volleyball fans as the sport’s biggest chokers when it matter most. This season, it has by far Superliga’s biggest payroll. The fact that its first defeat in 17 games came at a tournament finals does nothing to silence its critics.

The Road to the Finals

The best 8 teams of Superliga were seeded for the Brazilian Cup.