Pablo Herrera Will Try To Qualify For His 5th Olympics 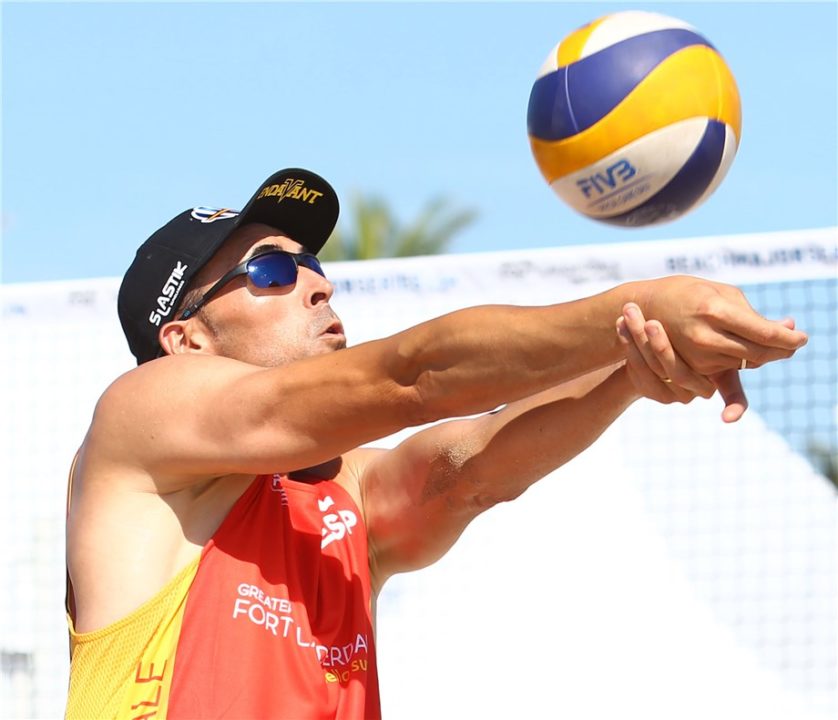 If Herrera succeeds, he would be the first male to play in five beach volleyball Olympic tournaments Current Photo via FIVB

Spanish beach volleyball legend Pablo Herrera has recently announced he will try to qualify for the Tokyo 2020 Olympic Games, his 5th participation. The 35-year-old Herrera has partnered up with Adrian Gavira for the last 10 years, one of FIVB World Tour’s oldest partnership. If he succeeds, Herrera would be the first male to play in five beach volleyball Olympic tournaments, while Gavira would go on to his third participation.

Herrera, who won Olympic silver back in Athens 2004 with Javier Bosma, has admitted that seeing players over 40 competing succeesfully at the FIVB World Tour has greatly motivated him:

“Look at John Hyden, he is 45 I think and he is still like a young player, it is crazy. My knee is fine and it doesn’t give me any problems any more. It will be difficult to qualify, we will need to be in top condition next year and then we’ll see. We feel good in and out of the court and this year is our 10th year together and it still feels like the first one. We’re happy together. We have a good relationship on and off the court. We are friends, almost brothers and I think that is the key.”

Herrera and Gavira are among the most consistent teams on the Tour and last week reached the Fort Lauderdale quarterfinals, finishing in 5th place. They are currently ranked as the 7th best team in CEV’s beach rankings, and are in 10th place in FIVB’s rankings. Qualifying for the Olympics through the World Tour begins in 2019 and runs till midway through 2020.