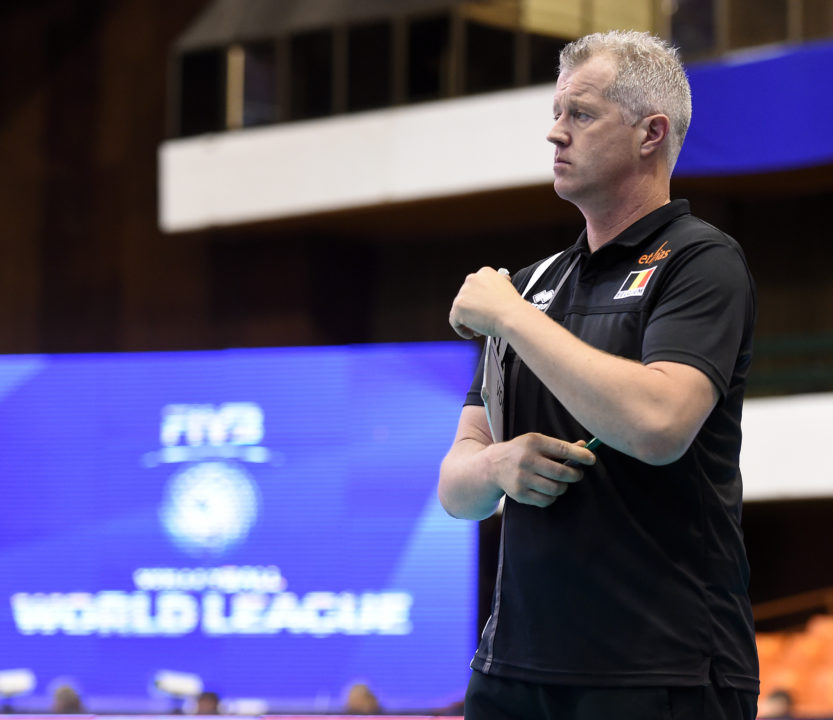 Heynen started his new job, by far the most important of his volleyball career, with eagerness Current Photo via FIVB

The Polish male volleyball national team is one of the best in the world. In its history, it has won Olympic gold in 1976, European gold in 2009, and two World Championships, in 1974 and 2014. Thus, the current world champions are eager to defend their title at this year’s WCH.

Poland’s run towards repeating as world champions, didn’t start smoothly, though, as Polish volleyball officials struggled to find a suitable coach for the squad ever since 2014. The soap opera came to an end only recently, when Belgian Vital Heynen was announced to lead the red and white team.

Heynen started his new job, by far the most important of his volleyball career, with eagerness. Known to be among other things, deeply talkative, he has said in an interview to Przegląd Sportowy that he has already communicated his coaching plans to over 20 national teamers:

“I presented my plans to each of the players. I have already contacted over twenty competitors. One of them even told me that with all the past trainers together, he did not speak as much as with me. I talked about their roles and possibilities of a call up.  What pleases me most is that each of my interlocutors was very motivated. After such a difficult season for the Polish team, it might have seemed that there would be more doubts than willingness.”

He also talked about how he wishes to collaborate with Polish clubs, his screening process, and how he will try to rejuvenate the Polish team:

“I will also talk to club coaches. The schedule of my visit is very tight, but I want to make the best use of this time, to learn as much as possible about work in Polish clubs and prepare well for the season.

First I watch video footage, and later I want to see the player live during a match. When you see him during training, you still have to check how his work translates into the field. Only by completing these four levels you have a full picture of a given player.

Young people should get to know the world, and FIVB will allow them to do it this season. We have a group of volleyball players, such as Aleksander Śliwka, Maciej Muzaj, Damian Schulz or Łukasz Kaczmarek, who did not have too many or no opportunities to present themselves even in the World League so far. In the League of Nations, I will certainly be rotating the squad.”

Vital’s first duty as Poland’s NT head coach will be to lead the team in the 16th Hubert Jerzy Wagner Memorial, to be played in Krakow from August 24 to 26.

A great challenge, fantastic country, best fans, so much potential by players. I am thinking hard how to use all this quality. But one thing, I know. If we can unify all forces, then we can give Poland what they deserve… a team to be proud on !!! pic.twitter.com/7JqMsRTPUh