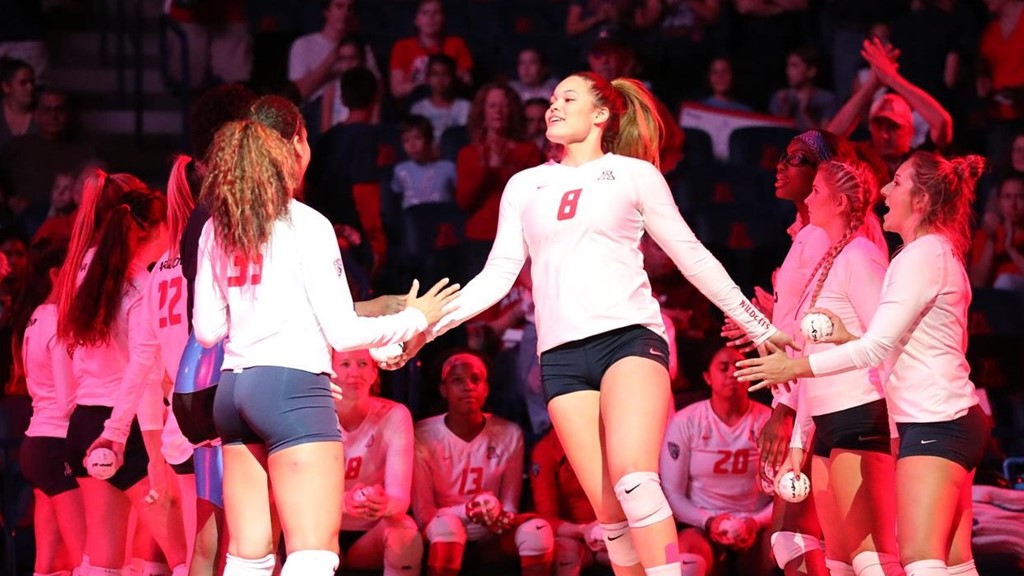 After missing a match last week while in the concussion protocol, Arizona outside hitter Kendra Dahlke left Sunday's match against Utah with a leg injury. Archive Photo via Arizona Athletics

The hits keep coming for the Arizona Wildcats. In their 3-1 win over Utah on Sunday, senior outside hitter Kendra Dahlke left late in the 4th set with what appeared to be a leg injury. Dahlke is the Pac-12 leader in kills this season.

Arizona acknowledged the injury, but gave no time table for her return. She was replaced by Whitnee Niphail, who had 2 of her team’s last 3 kills to finish the match.