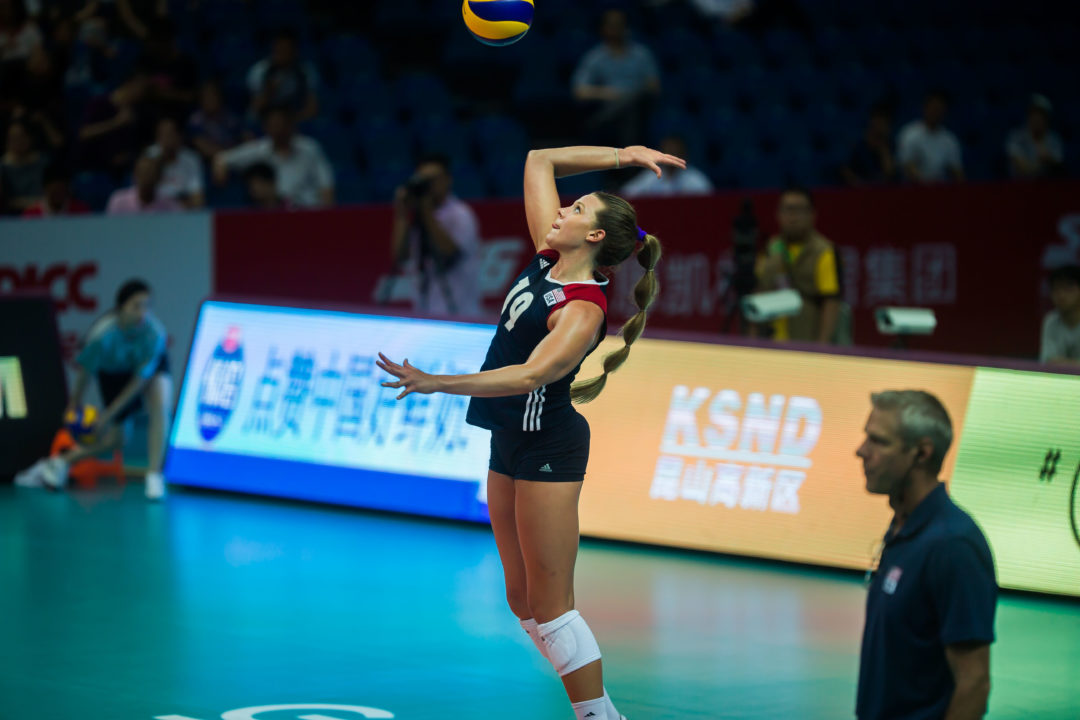 After spending the second half of the 2017-2018 season with Alianz MTV Stuttgart, joining the team after a semester of training with Team USA in Anaheim, American National Teamer Paige Tapp will remain in Germany for the 2018-2019 season.

Even playing just half a season, Tapp ranked 54th in Germany’s top-tier Bundesliga last season for Stuttgart at middle blocker. She ranked 28th in blocks with 21 in just 38 sets.

Stuttgart finished 1st in the Bundesliga regular season last year with a 17-3 record (53 points), but lost to Palmberg in the playoff final. That’s still enough to earn the team a bid for the 2018-2019 European Champions League, which will have a new format.

Tapp is a former University of Minnesota volleyball player that played a big role for the Gophers and their season last year. In her senior season, Tapp was named as the Senior CLASS Winner, which awards players for their overall performance on the court and in the classroom. Tapp eventually went on to play with Puerto Rican squad, Juncos Valencianas.

Tapp’s twin sister, Hannah Tapp, was formerly in the German Bundesliga with SC Schweriner but transferred to Italy to play with II Bistonte Firenze tlast season. With SC Schweriner, Hannah helped the team to their first league title in four seasons over Stuttgart, where Paige will be playing.