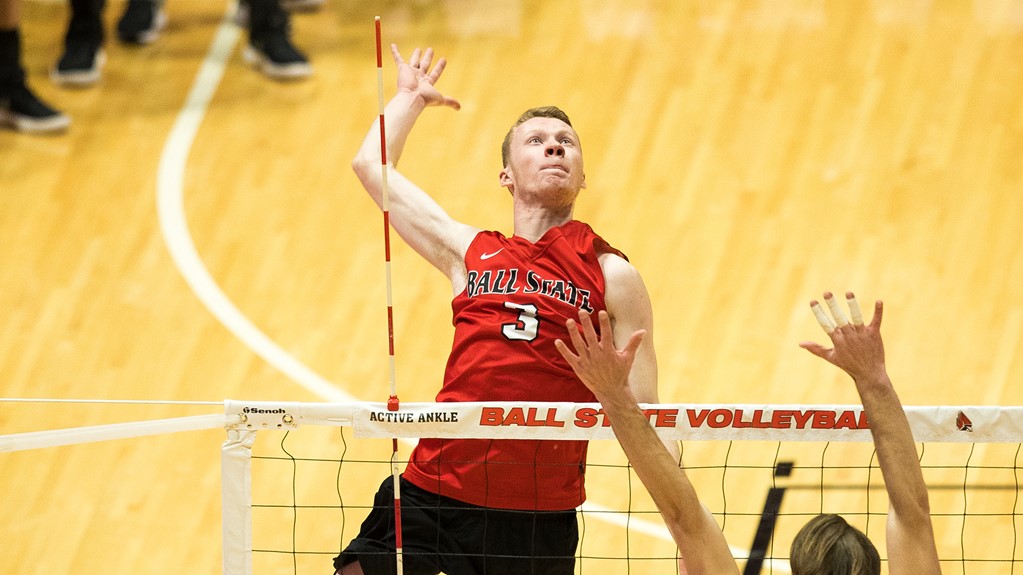 Press Release courtesy of the MIVA

A pair of freshmen have taken home the first Midwestern Intercollegiate Volleyball Association weekly awards of 2018. Ball State outside hitter Ben Chinnici is the Offensive Player of the Week and Loyola setter Garrett Zolg is the Defensive Player of the Week.
Ben Chinnici helped Ball State to a pair of season-opening sweeps. Against Lees-McRae on Friday, he recorded 16 kills for a .609 attack percentage (16-2-23). In a win over Emmanuel, he notched 12 kills with a .455 attack percentage. For the week, he hit .533 for an average of 4.67 kills per set.
Loyola setter Garrett Zolg started his collegiate career with an upset victory at No. 3 BYU. In the five-set win, he notched 13 digs while adding three block assists. He returned the following night to post 13 digs in a four-set loss to then No. 7 UC Irvine. For the week, the rookie posted 2.89 digs and 0.33 blocks per set in addition to 9.56 assists per set.