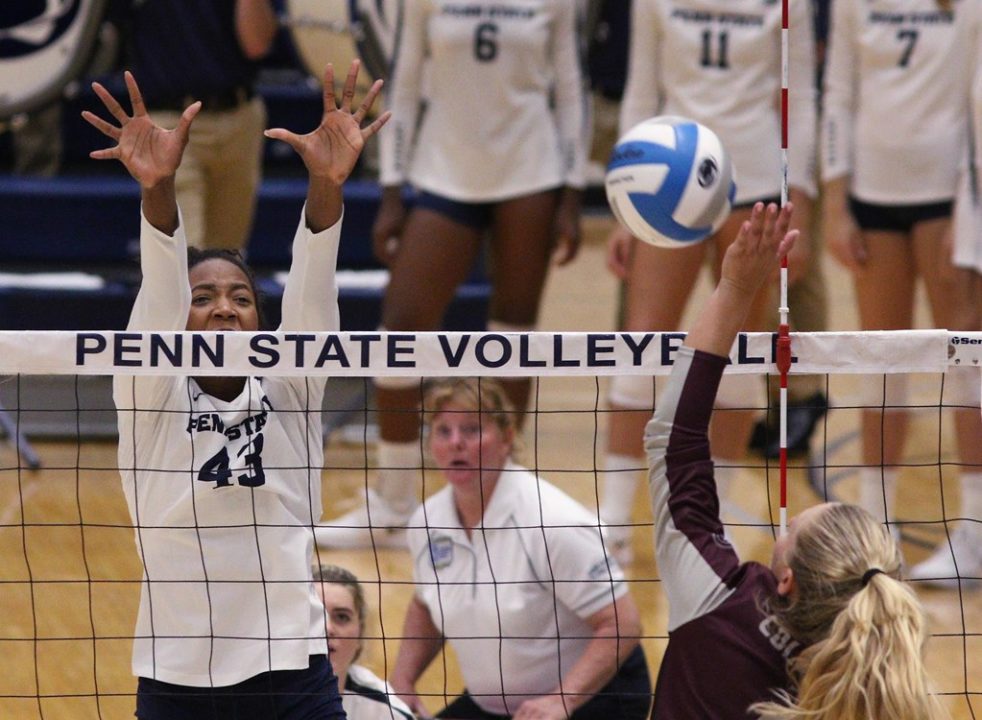 Penn State did not allow any of its foes more than 21 points in a set during three opening weekend sweeps, while hitting .300 or better and holding foes under .100. Transfer Taylor Leath was tabbed as Penn State Classic MVP.  Current Photo via Penn State Athletics

Penn State did not allow any of its foes more than 21 points in a set during three opening weekend sweeps. The Nittany Lions hit .300 or better in wins over Eastern Kentucky, Maryland-Baltimore County and Navy, while limiting foes to under .100 in each match.

Two-time All-ACC outside hitter Taylor Leath made an immediately impact in her first weekend in the blue and white, following a transfer from North Carolina. The graduate transfer was tabbed as the Most Valuable Player of the Penn State Classic.

Redshirt senior outside hitter Nia Reed was tops offensively in the opening match, before finishing just behind Leath against Navy with 13 putaways, en route to all-tournament team honors.

The full list of results and recaps from the Penn State Classic are below.