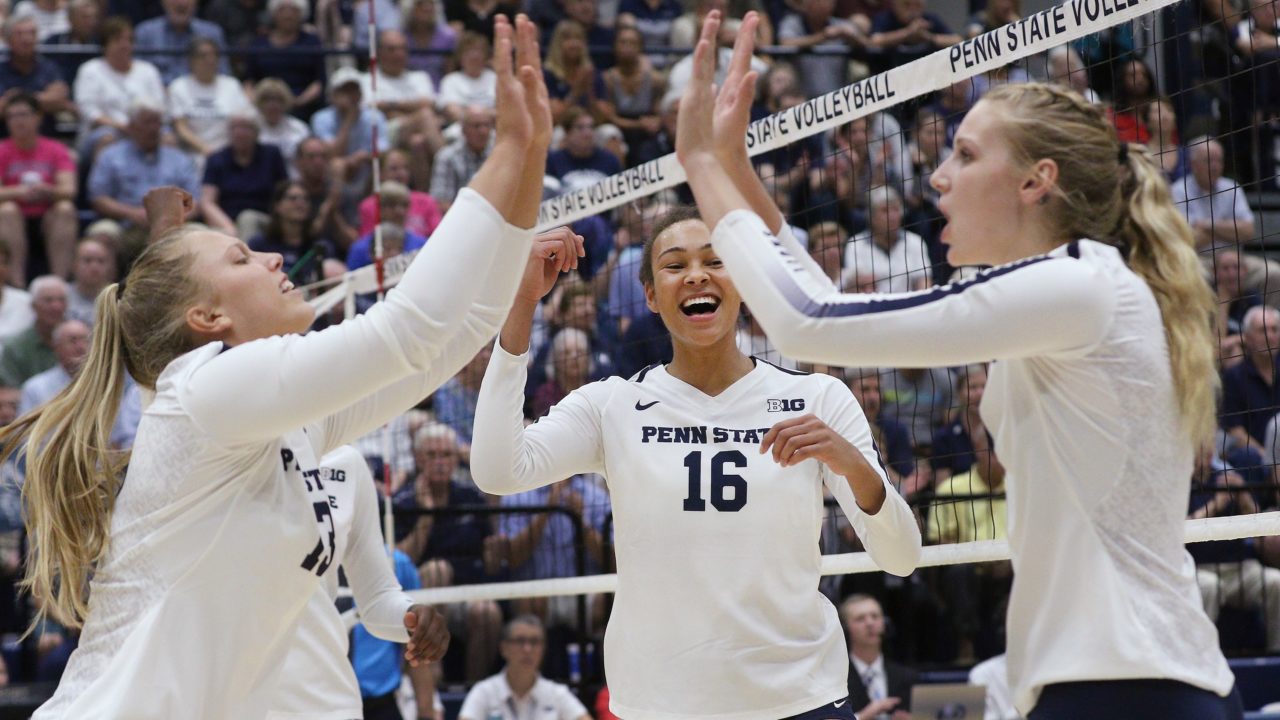 UNIVERSITY PARK, Pa. – The No. 5 Penn State women’s volleyball teams head to Palo Alto, California for the Big Ten/Pac-12 Challenge hosted by Stanford on September 7-8. The Nittany Lions will play host No. 4 Stanford on Friday evening at 11 p.m. ET, and will play No. 18 Oregon at 5 p.m. ET on Saturday, September 8.

FRESH FACES
Penn State welcomes 10 newcomers to their line-up this season, as Taylor Leath and Bayleigh Hoffman join as transfers, and Gabby Blossom, Allyson Cathey, Serena Gray, Jenna Hampton, Brooklynn Hill, Kaitlyn Hord, Jonni Parker, and Amanda Phegley all combine to make up the No. 1 recruiting class for 2018 according to PrepVolleyball.com.

OPENING WEEKEND
The Nittany Lions went 3-0 in the opening weekend, taking down EKU, UMBC, and Navy all 3-0. Taylor Leath was named the tournament’s Most Valuable Player, while Nia Reed and Kendall White joined her on the All-Tournament Team.

PSU INVITATIONAL
The Nittany Lions went 2-0 at the Penn State Invitational last weekend. Penn State swept both Temple and Texas A&M to be the only undefeated team at the tournament. Against Temple, the Nittany Lions had a very balanced offense as Bryanna Weiskircher dished out 27 assists. Against A&M, Jonni Parker led the way with 11 kills, while Weiskircher added a double-double with 33 assists and 10 digs. Weiskircher was named the Penn State Invitational MVP, while Serena Gray and Kaitlyn Hord were named All-Tournament Team.

MILESTONE MARK
Taylor Leath is currently at 970 kills for her collegiate career. She averaged 3.44 kills per set over the first weekend of play, and is just 30 kills away from reaching the elusive 1,000. In her first three years at UNC, Leath put down 928 kills.

FABULOUS 40
Head coach Russ Rose is in his 40th season at the helm of the Nittany Lions.