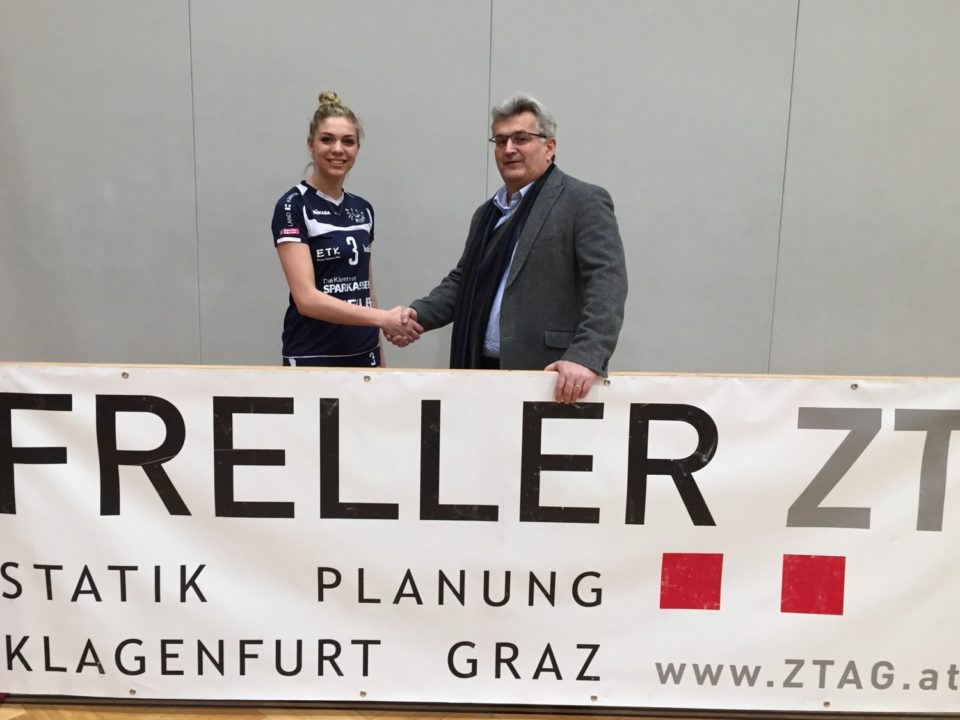 Detering is ready to start her professional career Current Photo via http://wildcats-klagenfurt.at

Abby Detering, who has just recently graduated from Penn State University, has signed her first pro contract with Austrian first division team SG Kelag Klagenfurt, according to the team’s official website. Detering was a 2017 AVCA All American Honorable Mention, and led Penn State to the NCAA’s Final 4, where the team lost in 5 sets to eventual champions Nebraska. Her new coach, Helmut Voggennberger, expressed his excitement with having the American on board:

“Abby will complement our team perfectly. She is a very positive type and a very dynamic player!”

Abby, who played her freshman and sophomore years in Florida University before transferring to Penn State, is 21 years old, and one of last NCAA season’s best setters. Although Austria has a lower-tier league, it will be optimum to help her further develop her skills both as a setter and as a team leader, in hopes of one day being noticed by bigger teams in better leagues.

It is difficult for straight out college setters to sign big in Europe, as foreign teams prefer domestic, older, more mature players leading their offenses. Thus, it is typical for teams to spend their money and foreign player quotas on attackers, who although they have to carry the team’ offensive load, usually reach their playing peak before setters do.