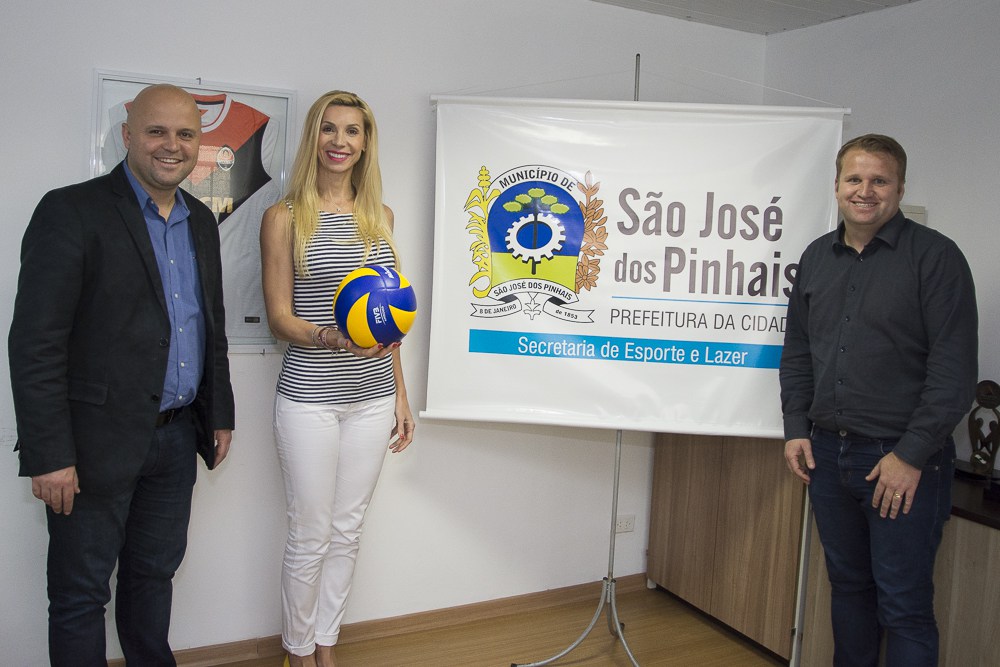 Is this the longest professional hiatus in sports history? Current Photo via www.sjp.pr.gov.br/

After 12 years away from the hardwood, Cristina Pirv, one of the best female volleyball players of the 90’s and early 00’s, is coming out of retirement to help the team she manages gain promotion in Brazil’s Superliga. She is officially assigned to São José dos Pinhais’ roster, and has recently published footage of her training with the team on her personal Instagram page.

Pirv won numerous titles and accolades during her carer, but is best remembered for her two MPV awards at the CEV European Championship in 1990 and 1998, and her tumultuous marriage to Brazilian volleyball legende Giba (Gilberto Filho).  A lot of Brazilian fans lived with the expectation of seeing her play for the Brazilian national team, but this never came to be, as she retired early due to her second pregnancy.

After she retired, she remained in Brazil and become a businesswoman. Last year, she managed Madeiro Curitiba, which lost Superliga B’s finals to José Roberto Guimarães Barueri, and thus was not promoted. This year, she is the godfather of São José dos Pinhais Team, acting as its founder member and manager. Nobody expected that she would take matters into her own hands and return to the courts at 45 years of age, though. Can she still play? We’ll soon find out.

Pirv will be joined in the team by Colombian  standouts Maria Marín and Giselle Peréz. They will debut in the competition this weekend.

Carla Tristan, a Peruvian volleyball standout, also recently returned to the courts after a 10 year  absence. In her case, her retirement was due to injuries.

“This Friday I took to the court with the team”