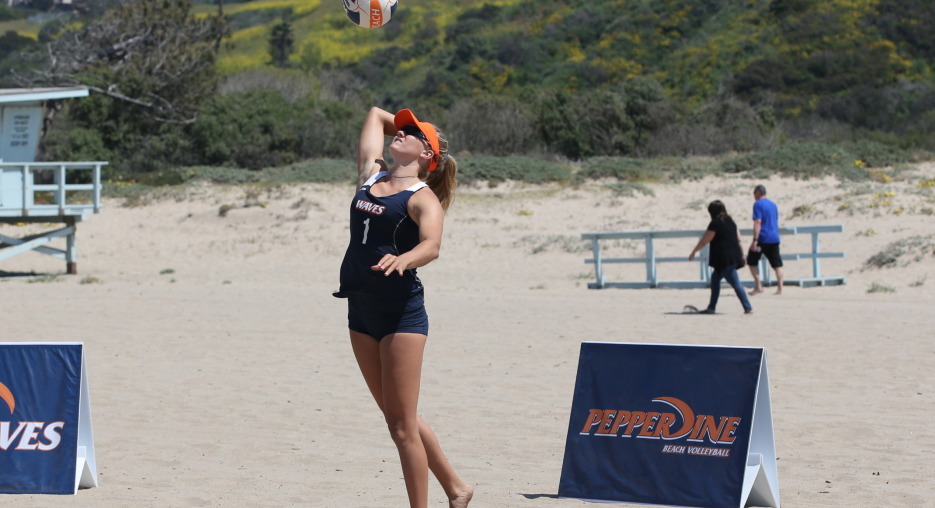 The Pepperdine beach volleyball team, the defending NCAA runner-up were picked by the West Coach Conference's coaches to repeat as league champions for the third straight year, according to the coaches' poll released Wednesday. Current Photo via Pepperdine Athletics

The Pepperdine beach volleyball team, the defending NCAA runner-up were picked by the West Coach Conference’s coaches to repeat as league champions for the third straight year, according to the coaches’ poll released Wednesday.

The Waves earned the maximum 36 points and six first place votes in the poll. Saint Mary’s was second, followed by Loyola Marymount.

Saint Mary’s put three players on the preseason listing, while Loyola Marymount garnered two selections. Lindsey Knudsen, the 2017 WCC Defensive Player of the Year, and Payton Rund, both AVCA honorable mention All-Americans after going 24-5 on the No. 1 line, were honored for the Gaels. Emily Bible, a second team honoree in 2017, going 19-8 on the No. 2 line with Sarah Chase, also was named to the 10-woman list for SMC.

Second team All-WCC honoree Jessie Prichard and 2017 WCC Freshman of the Year Savannah Slattery were preseason selections for the 2017 WCC runner-up Lions. Pritchard played on the No. 2, 3 and 4 lines for LMU last year, while Slattery went 20-11 overall, including 20-9 at the No. 1 position with partner Sarah Sponcil.