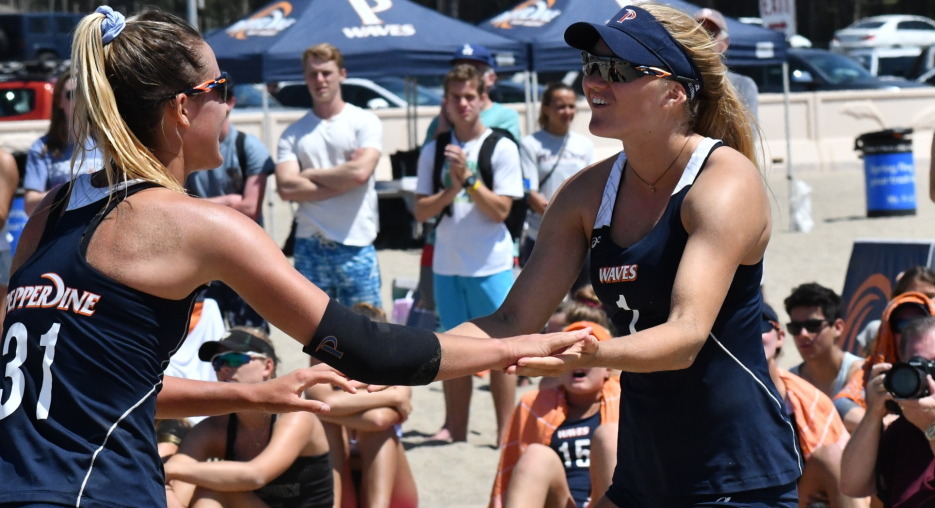 Following another record-setting season and its third straight berth in the NCAA Beach Volleyball Championship, No. 2 Pepperdine dominated the All- West Coast Conference and major individual honors as announced today. The Waves swept all four major honors and placed five on the first team. Current Photo via Pepperdine Athletics

SAN BRUNO, Calif. – Following another record-setting season and its third straight berth in the NCAA Beach Volleyball Championship, No. 2 Pepperdine dominated the All- West Coast Conference and major individual honors as announced today. The Waves swept all four major honors and placed five on the first team.

All four individual awards – along with the All-WCC teams and the All-Freshman team – were voted on by the league’s seven head coaches.

Senior Corrine Quiggle became the first Pepperdine student-athlete to capture WCC Player of the Year honors, teaming with first team selection and WCC Defensive Player of the Year Deahna Kraft in compiling a sparkling 22-5 record this season. Quiggle and Kraft rolled to a 14-match winning streak during the season and are 8-4 this season at No. 1 (current position) and 14-1 at No. 2. 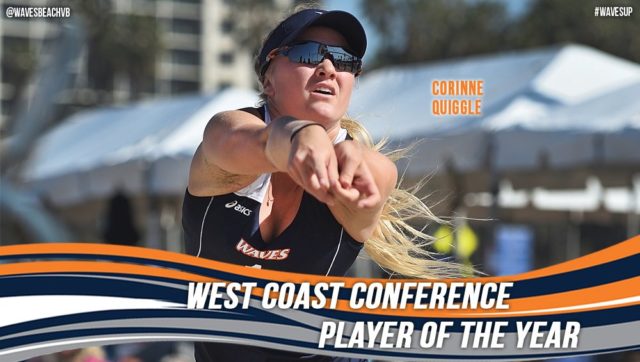 Kraft is the first Wave to earn top defensive honors since the conference added the sport in 2016. Quiggle and Kraft captured WCC Pair of the Month honors in March. 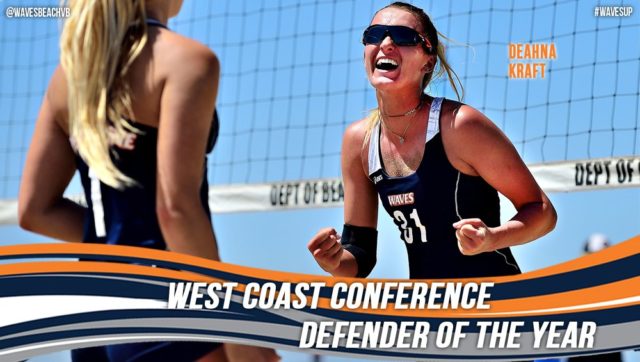 Brook Bauer is the first Pepperdine student-athlete to be named WCC Freshman of the Year and made an immediate impact playing at No. 1 and No. 2 in her first collegiate season. Bauer and fellow All-WCC First Team selection Madalyn Roh compiled a 20-7 overall record, going 9-6 at No. 1 and are 11-1 at No. 2 (current position). 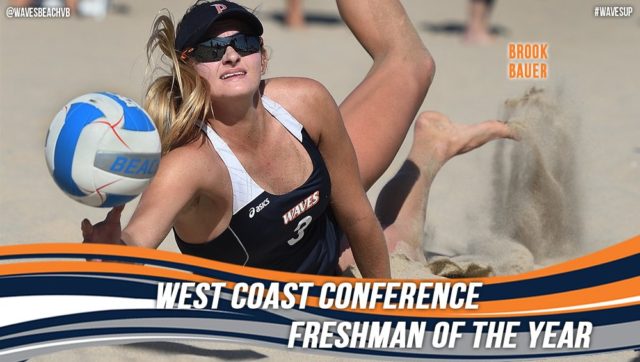 Nina Matthies claims her third straight WCC Coach of the Year nod in her final season at the helm for Pepperdine. The “Legend of the Beach” guided the Waves to a sparkling 24-3 overall record and a third consecutive WCC title. Pepperdine opens play in the NCAA Beach Volleyball Championships Friday, May 4 against No. 7 LSU. 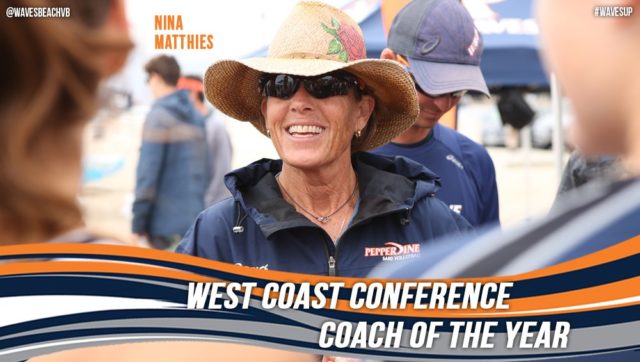 All told five conference schools placed at least one student-athlete on the All-WCC first or second teams and four programs had at least one honoree on the All-Freshman squad. Pepperdine led all teams with eight total followed by Saint Mary’s with six and Pacific with five.