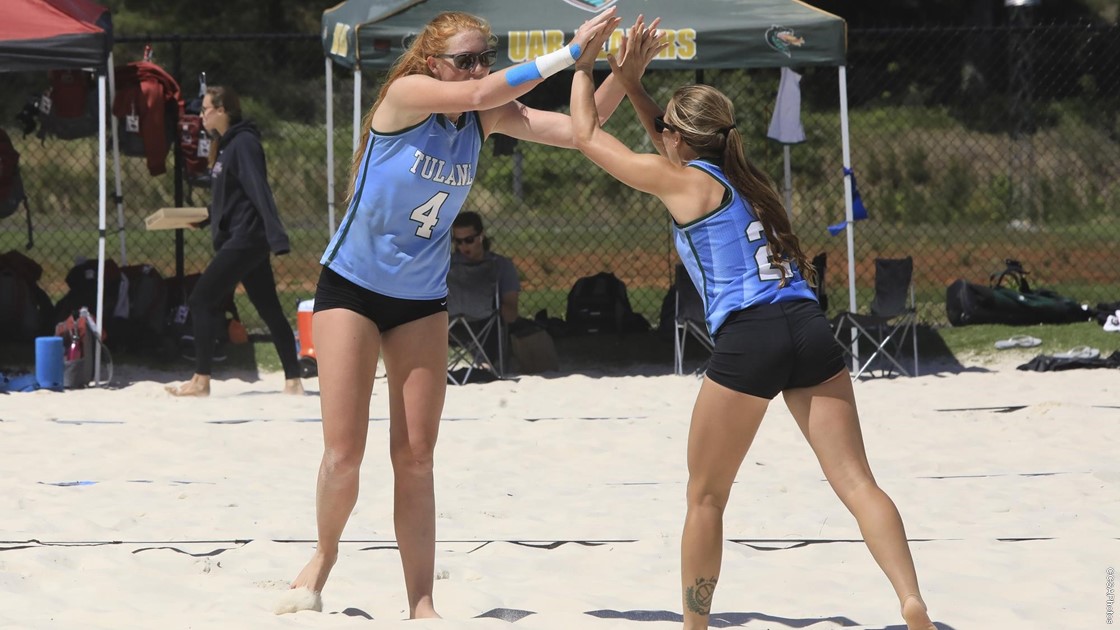 “This new award from the AVCA is a great concept because it honors pairs who stay together and perform at a consistently high level,” head coach Wayne Holly said. “I’m proud to see Maddy and Kaylie honored in this way. To learn how to create success with a single partner is a great skill that they’ve worked hard to develop.”

The award, which is in its inaugural year, recognizes excellence in beach volleyball from all over the country and across all flights, rewarding hard work and consistent play regardless of roster position. In order for a pair to be eligible for the award, two athletes must compete in at least 15 matches together and at a specific flight number. Should that pair win at least 75% of their matches – regardless of the overall result of the dual – those athletes will achieve “Top Flight” status.

Mertz and McHugh played as Tulane’s No. 1 duo throughout the season, posting a 30-7 record with 11 victories against ranked opponents. The pair dominated for much of the year, with 24 of their 30 wins coming in straight sets.

The Green Wave’s top duo was named to the 2018 CCSA Beach Volleyball All-Conference Team in a unanimous selection and earned the conference’s Pair of the Week honors once during the regular season. Mertz and McHugh were also named to the CCSA All-Tournament Team at the 2018 CCSA Championship after going 3-1 with a win over No. 9 FIU’s top pair.

Mertz and McHugh recorded their 30th win of the season at the CCSA Championship, tying them with Jackie Wegner and Tea Juric (2016) for most wins in a single season in program history. Individually, Mertz recorded the 100th win of her career in the first day at the CCSA Championship, becoming just the second athlete in program history to achieve the feat.