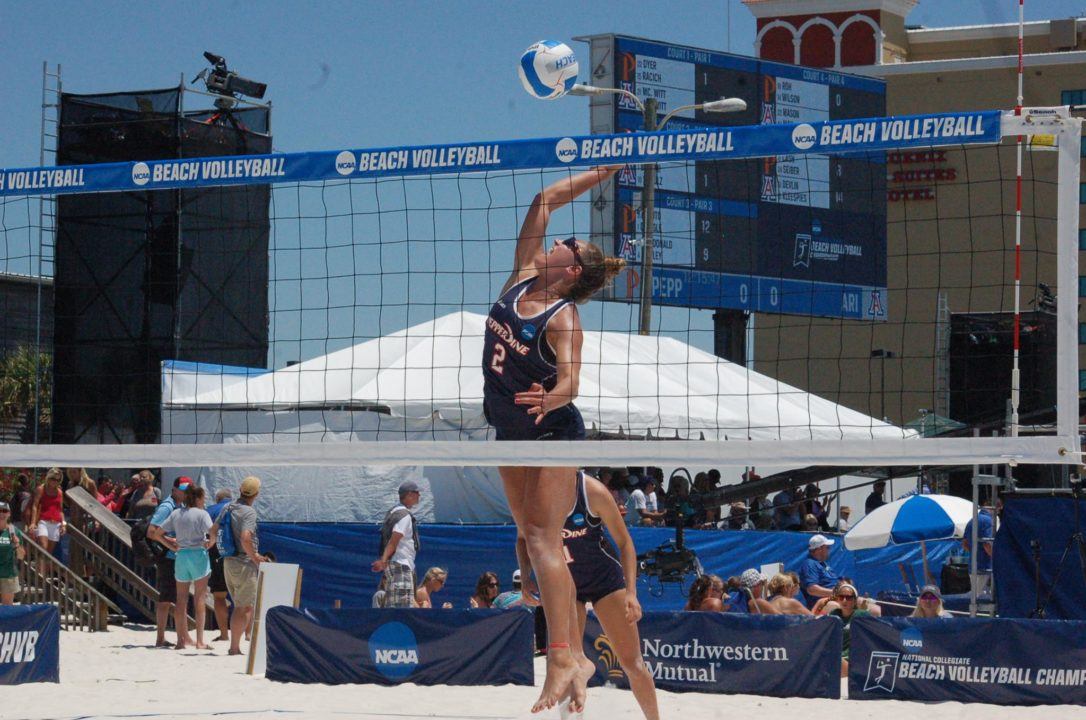 Manhattan Beach, California, native, Skylar Caputo had specific thoughts about her collegiate volleyball career. First, she knew she did not want to be a “hybrid player.” Second, she felt very strongly about her connection with nature. Both of these caveats led her to a spot on the beach volleyball team at Pepperdine.

Now in her second year with the Waves, the 2015 AAU beach Volleyball Player of the Year, is looking to follow up All-West Coast Conference second team and WCC All-Freshman team accolades, which came after she posted a 21-4 overall dual record with partner Corinne Quiggle in 2016. The pair won 18 matches in straight sets and went 10-4 against nationally ranked foes. She helped Pepperdine win the WCC Championship with a 3-0 record, and went 2-1 in the NCAA Tournament including a win over the sixth-ranked team from Arizona (Olivia MacDonald, Samantha Manley) and fourth-ranked foe from UCLA (Izzy Carey, Elise Zappia). Internationally, Caputo and Quiggle placed fifth at the NORCECA Varadero in Cuba over the summer.

Thus far in 2017, Caputo has teamed up with sophomore Heidi Dyer of San Clemente, California, to post a 7-2 record for the second-ranked Waves. Pepperdine’s next action is Thursday against Colorado Mesa and Cal State Northridge, in Northridge.

Caputo’s life and success on the beach and love for Malibu has earned her a spot in a new video series, Malibu Stories,  which features the individual story of a ‘Malibu Local,’ and shares his or her passion for the area. It aims to highlight the city of Malibu away from the celebrity life, including the land, the creativity of its residents and the history of the community. The web series has previously featured artist John Clarity, artist/actor Leigh McCloskey and songwriter/record producer Dave Bassett, in addition to Skylar Caputo.

In episode four of the series, Caputo shares about her deep connection to the beach and the ocean, both in regards to her life on the volleyball court as well as away from the game. From playing barefoot to reconnecting with herself while surfing, Caputo embraces the natural surroundings. She talks of seeing the wind and weather as a third player out on the court with she and her Pepperdine teammates and their love for their home court, Zuma Beach. Also included in the feature are spiritual elements, including her love for the surfing and worship convocations she partakes in near Zuma, and physical elements, such as team training off the court.