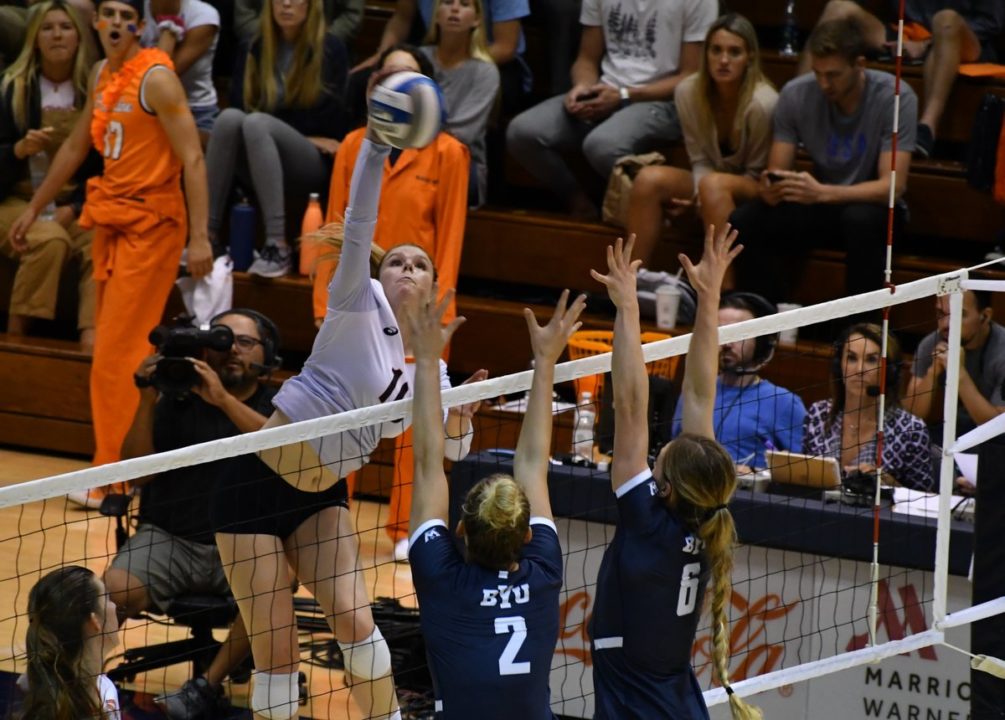 SHANNON SCULLY, SO., OH – PEPPERDINE
Sophomore outside hitter Shannon Scully propelled the Waves to four conference wins and a second-place finish in the West Coast Conference last week, while collecting three double-doubles in the process of pushing Pepperdine to the program’s first 20-win season since 2012.

Congrats to @shaannonscully for earning @WCCsports Player of the Week honors after leading the Waves to a 2nd-place finish in the league with four wins last week! #WavesUp

In the first sweep over Gonzaga, Scully posted 16 kills with only one error on 30 swings for an impressive career-high .500 hitting percentage.  She added eight digs, two aces and a block and assist to pick up 18.5 total points in the match.  Then, in the four-set win over Portland, she was solid with a team-best 18 kills on a .286 clip, while adding 10 digs for her first double-double of the week, as well as a block for 18.5 points.

In the final sweep over PCH Cup rival Loyola Marymount, Scully led the Waves again with 14 kills on a .333 success rate, while adding 12 digs for a double-double.  She added an ace, block and assist for 15.5 points.

In the final five-set win over USD in a battle for second place in the WCC, Scully posted a team-best 16 kills, along with 11 digs for her 13th-double-double of the season.  She added three blocks and two aces in the all-around effort.

Of particular note: Pepperdine concluded the 2018 regular season winning five consecutive matches despite dealing with the after effects of mass shooting at a popular club combined with the evacuation and closure of the Pepperdine campus due to devastating wildfires in the area. With their gear and practice equipment inaccessible due to the campus closure, Pepperdine relocated practices and matches and is now on the brink of the program’s first NCAA appearance since 2012.