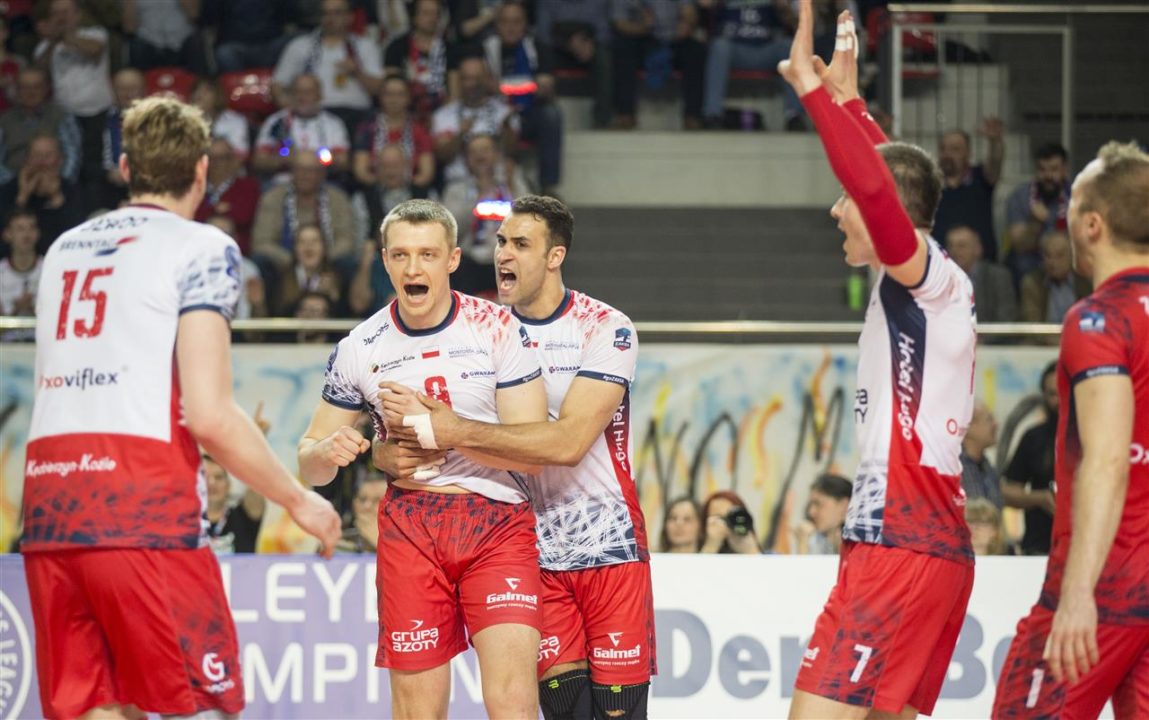 The 2018 Men’s Champions League Playoffs 6 is currently underway with the home matches having been completed. All home teams won their matches in the first leg of the round. The winning teams after the next round will advance to the Final Four where they will meet hosts Zenit Kazan.

Sir Safety started off their match slow, losing the first set in extra points 24-26 to Lokomotiv. They, however, quickly turned things around to finish off the match by sweeping the next three sets. Aleksandar Atanasijevic led Perugia with 21 points while Aaron Russell and Marko Podrascanin added another 14 and 11 points, respectively.

In an all Italian matchup, Cucine Lube took the victory over Trentino in four sets. Cucine Lube jumped out to the first set victory while Trentino tied things up at 1-1 after winning the second set 25-23. Cucine Lube fought in the final two sets to take the win and go up in the series 1-0. Osmany Juantorena led the winning side with 19 points while Tsvetan Sokolov and Dragan Stankovic recorded 18 and 15 points, respectively.

Zaksa took five sets to take down Friedrichshafen in the first leg, winning the first two sets but falling in the next two that forced the deciding set. Friedrichshafen nearly made the comeback win but was unable to finish, losing 15-13 in the fifth set. Zaksa’s Maurice Torres with the top scorer from the match with 29 points. Three other players posted double-digit points – Sam Deroo (18), Lukasz Wisniewski (12) and Mateusz Bieniek (12).