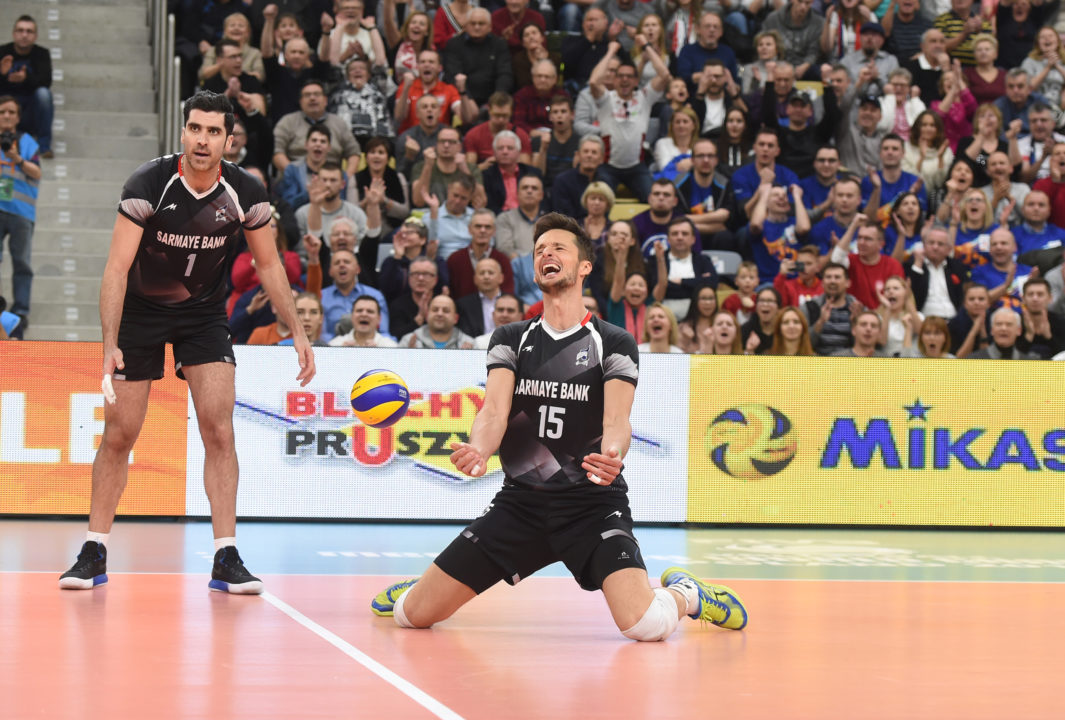 Where will Łukasz Żygadło end up in 2018? Current Photo via FIVB

Setter Łukasz Żygadło is one of the most successful Polish setters of all time. In his career, the 38-year-old play-maker has won 3 CEV Champions League and FIVB Club WCH titles (2008-2011, all with Trentino), 1 PlusLiga title (1999-00), 2 Italian A1 titles (2009-10 and 2011-12), and most recently 3 straight Iranian Championships with Sarmayeh Bank Tehran. Although he has become a star in Iran, he has recently stated that the team is due to end after not having met the international title goals set out by its sponsors, which means that Zygadlo is already looking for a new team (Siatka.org):

“We managed to win the Iranian league for the third time. I’m sad that the club decided to close its doors after such a short time in activity. Three years, three championships, and probably, the end of Sarmayeh Bank history. Poland is not really an option for me anymore, because clubs have their setters already. In January I had an offer from one of the best clubs there, but I did not want to make a decision right away. Now I will look at other options.”

Zygadlo also took the opportunity express his worries for the level of competition in PlusLiga in the recent years:

“In terms of fans, matches, we can definitely say Poland is one of the most suitable places for volleyball in the world. This should mean that Poland should have a lot of influence in the sport. We should decide to a large extent a lot of volleyball related issues, and we only look at them passively. I believe that these things should be worked on in the future. As for PlusLiga’s level when compared to other elite leagues, the hierarchy of competition should be decided by the the level of its teams in European play. Unfortunately, there is only one team left in this year’s Champions League, Zaksa. It will be very hard to keep up with Italians and Russians next season.