Perugia remains untouchable at the top of the standings 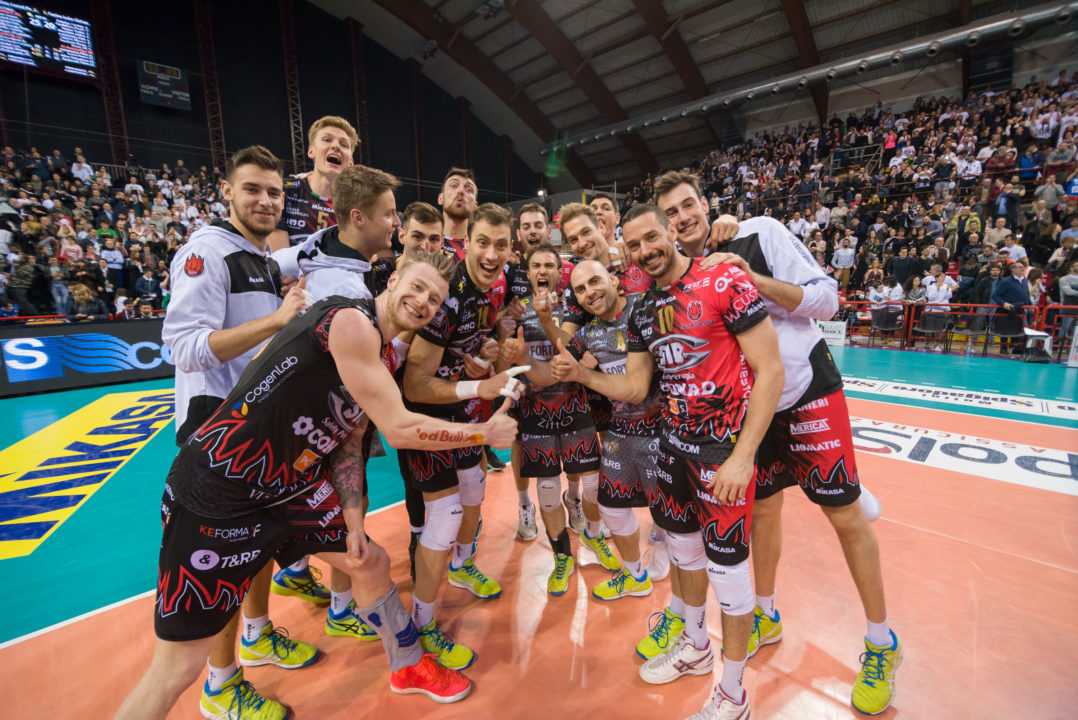 A highly anticipated matchup between the top two teams in the league ended with a clear picture of the current... Current Photo via legavolley.it

A highly anticipated matchup between the top two teams in the league ended with a clear picture of the current hierarchy of the SuperLega. Thousands of fans packed the PalaEvangelisti on Saturday to watch Perugia take on Lube Civitanova in an Italian Cup Finals rematch. Lube jumped out to an early lead, winning the first set and going up 8-5 in the second. This didn’t alst lon though, and a couple sensational defensive plays from libero Massimo Colaci was all it took for the momentum to shift in Perugia’s favour, and they held the lead for the rest of the match. A standout performance from Aleksander Atanasijevic, who had 19 kills with 2 aces and 2 blocks. Colaci won a well-deserved MVP for his efforts during the match and looked every bit the equal to superstar libero Jenia Grebbenikov.

Trentino easily dispatched a Piacenza squad that had won their previous 5 matches. A loss the other way would have meant only a 1-point gap between the teams, a difference which has now been extended to 7 points. Attacking efficiency was the key to the game for Trentino. They scored on 58% of their hits, making breakpoints for Piacenza pretty much impossible. Hoag played opposite for the game in place of Luca Vettori, which allowed coach Angelo Lorenzetti to play him alongside star outsides Uros Kovacevic and Filippo Lanza. This brilliant maneuver resulted in a massive win and a Hoag MVP.

The results of this weekend’s play mean that Padova is on the outside looking in for the playoff race, although they are only two points behind Piacenza and Ravenna. Their game coming up against Milano will be a huge factor in whether they make it.

A 3-0 or 3-1 victory for Trentino against Modena would actually give them a chance of catching Modena in the standings, a feat which would have seemed impossible a few weeks ago. A rash of injuries Modena means that almost any team has a good shot at them in their current state.