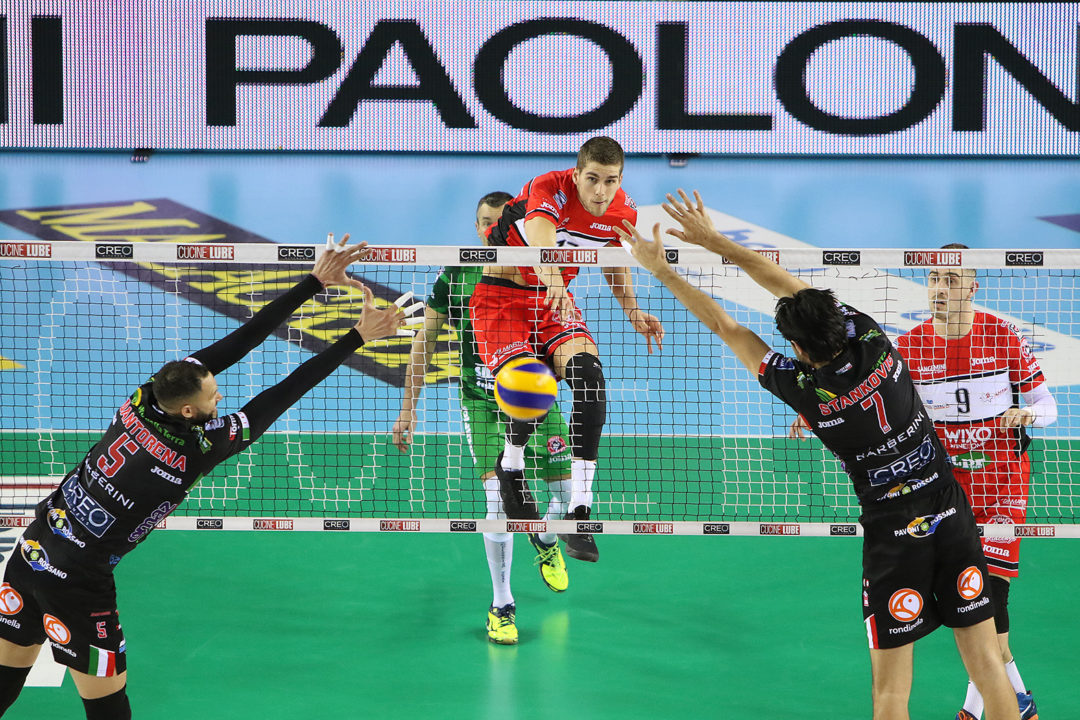 23-year old French outside Trevor Clevenot decides to take his talents to Milan for the 2018-2019 season Current Photo via legavolley.it

For his third year in the SuperLega, 23-year-old Trevor Clevenot has decided to join Revivre Milano during their inaugural season in the PalaLido. Clevenot has spent the last two seasons as an outside for the Piacenza, where he has been among the top scorers of the SuperLega and has led them to two consecutive playoff appearances. He also spent the past summer as a part-time starter for the French national team, playing in place of Eavin Ngapeth during his injury and scoring the game-winning hit for France in the 2017 World League. Clevenot is most notable for his crafty attacking style, tipping and wiping the ball off the block on a majority of his hitting attempts. He will likely be the second hitting option for Milano after Nimir Abdel-Aziz, who led the league in attack attempts per set last season.

For Milan, the addition of Clevenot would be a clear upgrade over their current options for a second outside, assuming Klemen Cebulj returns next season. Milano has the potential to form a top tier offense now that Nimir Abdel-Aziz has committed to staying with the team for the 2018-2019 season. Clevenot was one of the SuperLega’s top offensive threats for the last two seasons, scoring over 3 points per set on 50% hitting. Assuming Clevenot is replacing the Belgian outside hitter Kevin Klinkenberg, Milano will receive a huge upgrade on the offensive end. Klinkenberg is a reliable player but struggled against the blocks of the top teams in the league.

Milano has shown with this move that they are attempting to build a team that can compete with the top 4 of Perugia, Lube, Modena, and Trentino. Clevenot no doubt came with a hefty price tag, but he is such an improvement that he could vault Milano into contender territory if they get more consistent libero and setter play.