Perugia Fights Off Civitanova To Win Game 3 Of SuperLega Finals 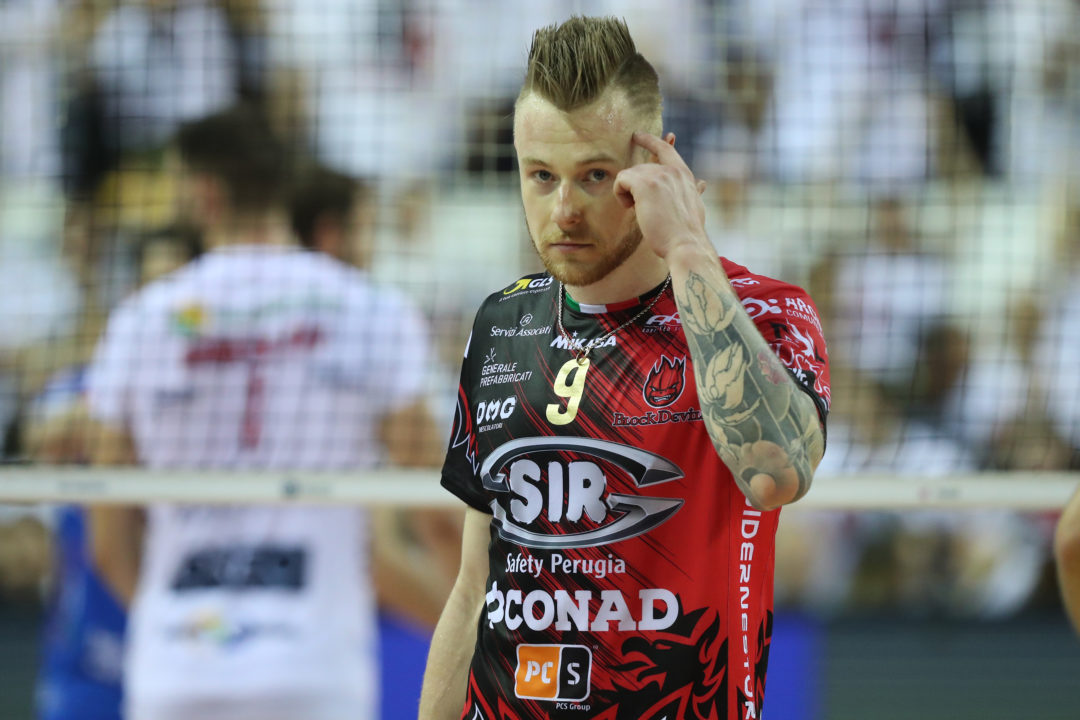 Sir Safety Perugia fended off a late surge from lube Civitanova to win game 3 of the SuperLega finals series. They now lead 3-1 in the best of 7 series. Aleksander Atanasijevic wins MVP.  Current Photo via legavolley.it

If there is one thing that rings true in this club season, it is that Perugia is impossible to beat at their home arena, the PalaEvangelisti. A raucous home crowd and a spectacular service performance from Aleksander Atanasijevic resulted in the Block Devils defeating Lube in 4 sets and becoming one game away from winning the best of 7 final for the SuperLega 2017-2018 Championship. The Serbian opposite Atanasijevic had 5 aces in this match, matching the team total of Lube. He also made only 2 errors. In comparison Lube needed 24 errors to get the same number of aces. He was also awarded MVP of the match for his performance, which also included 19 kills and some trash talk across the net.

For a little while in the 4th set it looked like Lube might make their 2nd comeback from down 0-2 in a row. They led to start the fourth set but weren’t able to finish the job in a 45-minute set full of tons of long rallies. The American outside hitter Taylor Sander had a strong game, scoring on 8 of his 13 shots and getting 2 aces after coming into the match midway through the 2nd set. The foreign player limit has created a frustrating coaching conundrum for Lube coach Medei. Jenia Grebennikov, Tsvetan Sokolov, and Micah Christenson are all locks at their respective positions who are so far above their replacements that they are not benchable. This means that Medei is only able to play one of Taylor Sander and Serbian middle Dragan Stankovic. Unfortunately for Lube, Sander and Stankovic are playing fantastic volleyball, while their backups Jiri Kovar and Davide Candellaro have been struggling. Picking the right lineup could mean the difference between forcing a game 5 and heading home with a silver middle for Lube.

Game 5 will be taking place on Tuesday, May 1st @ 12 noon ET streamed on RaiSport.