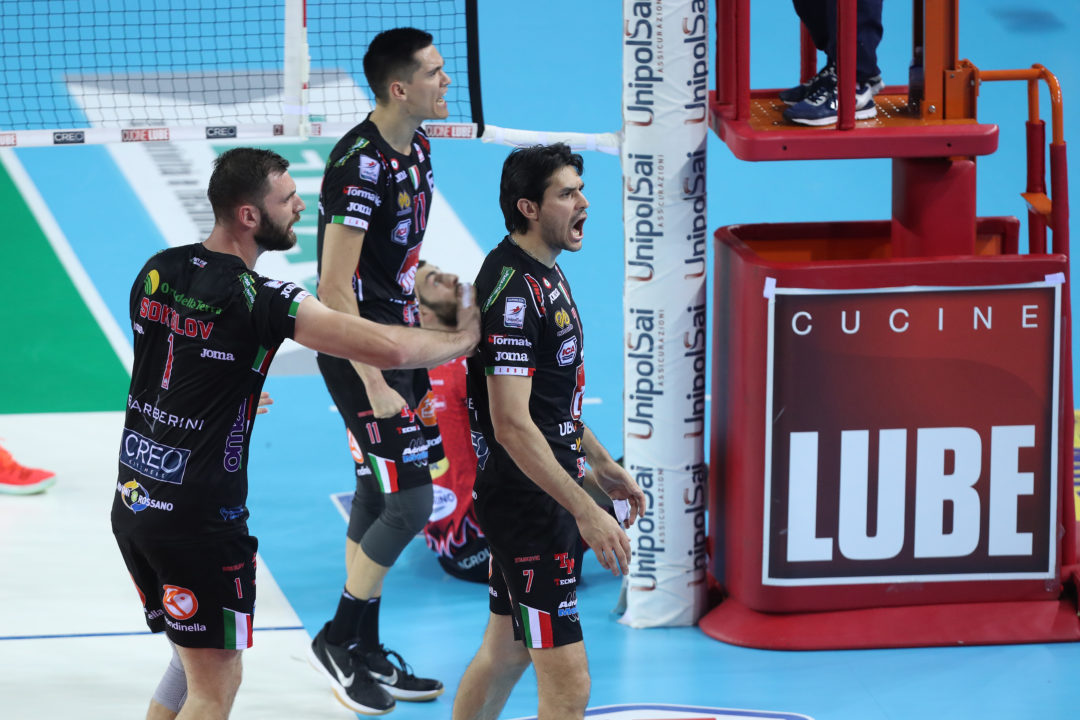 This series was on the precipice of becoming a route, but Dragan Stankovic lead Lube Civitanova in one of the most impressive comebacks of this club volleyball season. After losing the first two sets of this 5-set marathon, the Serbian middle Stankovic entered the game in the fifth set and quickly racked up a momentum-changing 4 blocks and 4 of 4 hitting. This performance would earn him MVP of the match, but he wasn’t the only one to contribute to the Civitanova comeback. Enrico Cester also played efficiently, scoring on 9 of his 10 hitting attempts and getting 3 kill blocks. And whenever the middles play this well some credit must be given to the setter, in this case, American Micah Christenson who controlled the game well and helped Lube hit 58%.

Perugia didn’t seem too bothered by the comeback, which is an appropriate response for a club that has still won 75% of the matchups between these two teams this season. Zaytsev has to be a bit better as an attacker if Perugia wants to finish this series the way they have it imagined. 3 unforced errors and only 37% hitting efficiency is not going to cut it against a team that runs a transition offense like Civitanova. Looking forward to next game, Perugia will need to significantly cut down on attacking errors. In addition to Ivan’s struggles, Aleksander Atanasijevic made 7 unforced hitting errors, a statistic that Perugia cannot repeat in game 3. Simone Anzani and Marko Podrascanin might also consider giving more attention to the middle attack of Lube. Commit blocking as a middle is risky, but allowing 19 points on almost perfect hitting by opposing middles means that the blocking strategy needs to change.

The 3rd game in this best of 5 series will be played on Saturday, April 28th at 2:30 pm ET, broadcast on RaiSport. Anzani